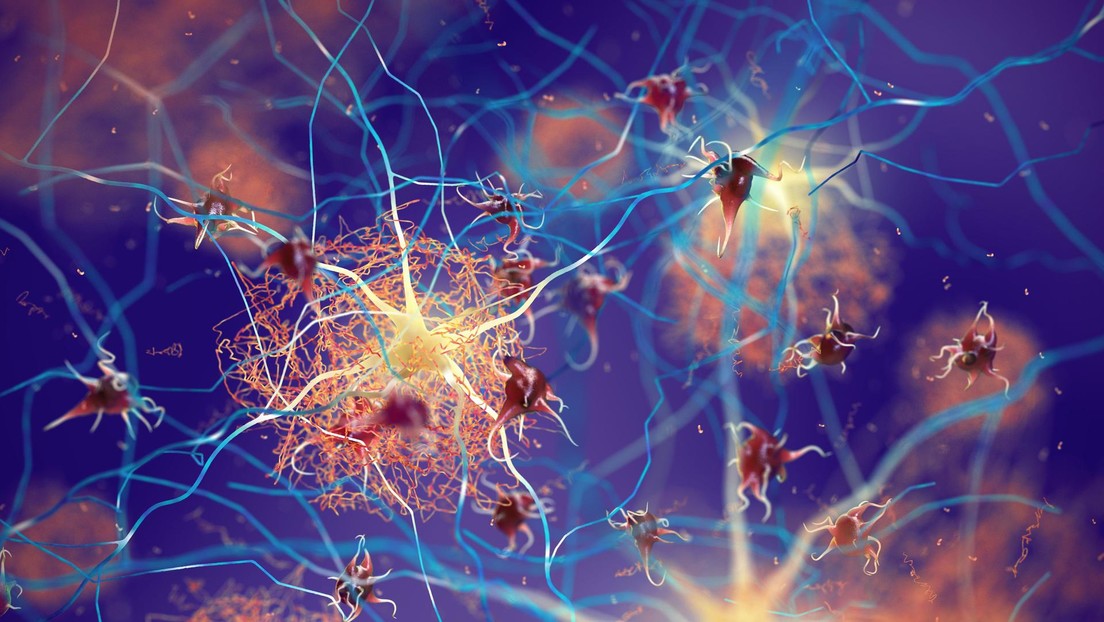 
A group of researchers from the Washington University School of Medicine in St. Louis (USA) observed that the use of digoxin, a drug used to treat heart disease, could reduce brain damage in people with Alzheimer’s and those suffering from disorders related.

The study, conducted in a mouse model of tauopathy (a group of neurodegenerative diseases), was recently published in Science Translational Medicine.

The authors showed in rodents that targeting astrocytes, an inflammatory cell in the brain, reduces brain damage and inflammation related to the protein tau, which helps regulate the balance of nerve cell trafficking.

Astrocytes, which control and regulate the efficiency of communication between neurons, play a key role in driving brain damage in the development of various tauopathies, so “suppressing their reactivity may be beneficial in reducing brain inflammation and delay the progression of Alzheimer’s disease,” explains Gilbert Gallardo, assistant professor of neurology and lead author of the research.

Tau proteins, which are normally found inside neurons in the brain, help form an internal scaffolding that gives neurons shape. However, when they become entangled they cause brain swelling, tissue damage and cognitive impairment.

In people who carry mutations in the tau gene or who have suffered damage to the brain, this protein forms knots, which are created relatively late in the process of Alzheimer’s disease.

Previous studies on amyotrophic lateral sclerosis, a neurodegenerative disease but not a tauopathy, have identified an astrocyte protein that encourages cells to take on toxic characteristics and exacerbate brain inflammation.

From this, Gallardo suggested that the protein, alpha2-Na+/K+ adenosine triphosphatase (alpha2-NKA), might also drive astrocyte toxicity in Alzheimer’s and other tauopathies.

After studying brain samples from people who had died of Alzheimer’s, from a tauopathy called progressive supranuclear palsy (PSP), and from causes unrelated to neurodegeneration, the researchers found that alpha2-NKA was present mostly in people with Alzheimer’s or PSP, suggesting that this protein could contribute to brain damage in both conditions.

At nine and a half months, the animals’ brains were damaged, atrophied, and inflamed, and they had lost the ability to properly perform everyday tasks of rodent life.

Like the people with tauopathies tested, these mice also had elevated levels of alpha2-NKA in their brains.

So they tested whether treating mice with digoxin—a drug used to treat heart disease, which interferes with alpha2-NKA activity—could reduce tau entanglement, shrinkage, and swelling in the brain.

The researchers conclude that, compared to experimental therapies for Alzheimer’s and tauopathies that “have largely focused on removing pathological proteins implicated in neuronal dysfunction and death […] targeting inflamed astrocytes and brain inflammation may be the key to successfully treating these conditions.”

However, they suggest further study of digoxin before it can be evaluated as a therapy for Alzheimer’s and other related tauopathies.

have the informationInstantly on your cell phone. Join the Diario Primicia group on WhatsApp through the following link:https://chat.whatsapp.com/LjP1mxWVjO3FS65tpSayDj

“It will be real, not squeezed out.” Dorofeeva announced a duet song that she will “finally” record in Ukrainian

The best video games of 2021 Follow us Join our community!