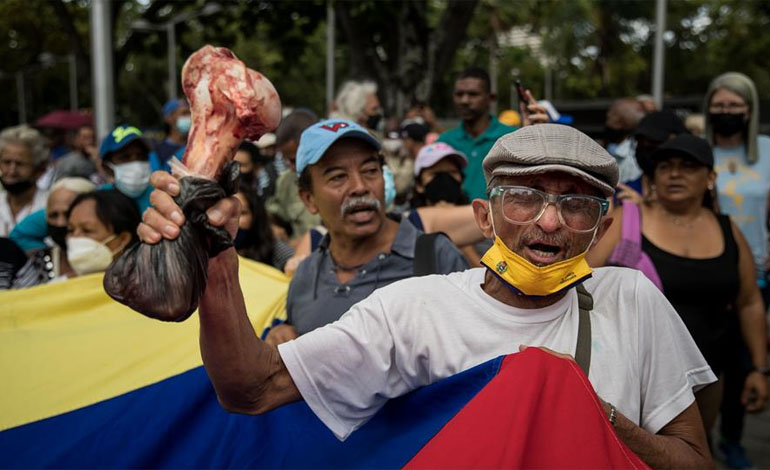 
Unheard of, this is how the administrative vice-rector of the University of Carabobo, José Ángel Ferreira, considers the fact that the administration of Nicolás Maduro wants to cancel the vacation bonus for university workers in installments, in at least 10 parts.

The teacher assures that this division constitutes a new attack against the workers, which is why they have raised their voices in recent months with protests almost daily.

In the same way, Ferreira specified that the actions of the Ministry of University Education linked to Chavismo, signed an agreement on August 3 that establishes the payment of the vacation bonus, which will be canceled as follows: 10 days in the first fortnight of August, 10 days in September, 10 days in October and the 75 days between January and July of next year, published The Carabobo.

In order for the first payment to be made effective, the universities must charge the system with the payment corresponding to the first 10 days or else none of the other parts into which the benefit was arbitrarily divided is guaranteed, according to Ferreira. “Therefore, that first fraction will be taken as an advance of the total amount owed,” he said.

He also indicated in a demonstration that took place in the vicinity of the Labor Inspectorate, that the university authorities have complied with the delivery of collections, such as amounts, required data and even corresponding formats on the stipulated date. Both holiday and year-end bonuses are contemplated there.

“In relation to the vacation bonus, this process was carried out considering the 105 days of the full salary for the month of July, as established by the corresponding collective agreements”, he exposed.

In the same way, he assured that last Wednesday the Ministry’s Remuneration coordinator instructed by telephone that the payment files of only 10 days of full salary be uploaded immediately.

According to Ferreira, this person did not consider the recalculation of the reduced wage premiums through the instructions of the National Budget Office, said the teacher. The first fraction represents 9.53% of the total amount owed.

The Central Bank has all the tools to prevent such a thing, but is “busy” with inaction. Bagratyan

“He made the mistake”: the harsh analysis of a Boca reference who liquidated González Pirez and Franco Armani

Dmitry Bykov: Under Putin, I have six months left to live

What is the summer penis and how is it recognized