They denounce constant blackouts in the states of Zulia, Mérida and Lara 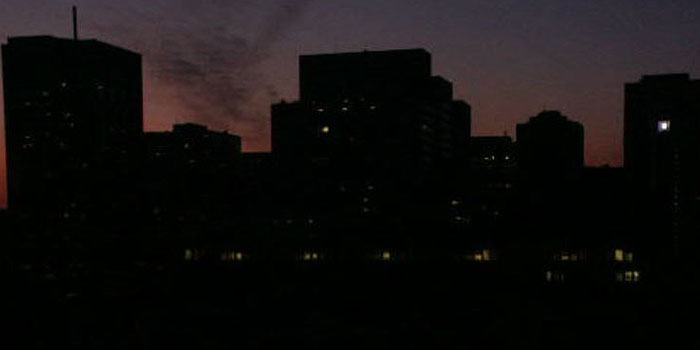 
Residents and political leaders of the states of Zulia, Mérida and Lara denounced this Monday constant and prolonged cuts in the electrical service in these areas and claimed to suffer «electrical rationing» which, for the most part, are not reported by the authorities.

During a press conference, the regional political coordinator of the Voluntad Popular political party, Ángel Machado, indicated that «In Zulia we have gone through rationing, electrical fluctuations, substation explosions, regional and national blackouts. In the 13 years that Venezuela has had an electrical emergency, in Zulia the electricity has never stopped failing.

The leader stated that in the case of Zulia, the situation has worsened for more than a monthsince they suffer «electricity rationing of more than four and six hours» which, he assured, are not reported by the National Electric Corporation (Corpoelec).

«There are even sectors that receive a double round of rationing. Corpoelec does not report on rationing, but instead citizens must guess when electricity will be cut off. The gentlemen of Corpoelec are not responsible for the appliances burned as a result of fluctuations“, he pointed.

On the other hand, in social networks, citizens of the state Mérida complained that this Sunday they spent 12 continuous hours without electricity and that today, in towns such as Ejido, they report up to 15 hours of “blackout.”

A similar situation is experienced by the residents of the town of Barinitas, in Barinaswhere denounce the lack of electricity for more than nine hours during the morning of this Monday.

However, on the Twitter account of Corpoelec, yes, some cuts were announced that are part of the so-called Load Management Plan and that include the restriction of electricity service for at least four hours in states such as Trujillo or Lara, also in western Venezuela.

«Every day we have electricity rationing in Lara. In Cabudare we have been without power since 2:00 pm (14:00 local time / 18:00 GMT) almost four hours without service”, denounced the user Danna Carola on Twitter.

Since 2011, when the late President Hugo Chávez decreed an “electrical emergency”, the country has experienced several national failures, the most important of which was in 2019, when the country experienced a national blackout that lasted almost a week.

From March of that year to February 2022, at least 436,285 failures were documented, according to the Committee of People Affected by Blackouts, a body that keeps track of power outages and their effects, in the absence of official figures. .