The wreck of the Endurance was found intact. The story of the ship that was “crushed” by the ice 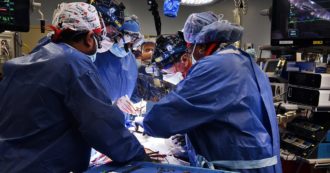 The ship that was the protagonist of one of the most incredible exploration adventures was found at a depth of 3,000 meters. It is actually the wreck of the Endurancewhich in 1915 under the leadership of Ernest Shackleton aimed at the crossing of Antarctica. Perfectly preserved what remains was filmed by submarine rovers off the Weddel Sea by the Endurance 22 expedition. Made in Norwegian shipyards specifically for extreme polar missions, the Endurance was considered among the most resistant and advanced ships of its kind and for this reason it was chosen by the famous British explorer Shackleton to carry out one of the most ambitious missions of the time: the crossing on foot and by sleigh of the Antarctic continent.

The mission, however, failed even before starting because a few weeks after departure the ship got stuck in the ice in the Weddel Sea, far from where he was supposed to leave the group of scouts. For months the ship remained at the mercy of the ice until she had to be abandoned by the crew and on 21 November 1915 she sink completely ‘crushed’ by the ice. After months of enormous difficulties, unexpected events and scarce supplies, all 28 crewmen incredibly managed to escape. After 107 years, the Endurance22 expedition, organized by the Falklands Maritime Heritage Trust, has managed to identify and film the incredibly intact remains of the ship that inspired the dreams of many subsequent adventurersone of the space capsules is also named after the ship SpaceX Crew Dragon. Much of the three masts, 44 meters long and found at 3,008 meters deep, has remained perfectly preserved in the cold Antarctic waters, it is still possible to read the name engraved in golden letters at the stern: Endurance.

3D4MEC presents the 3D printer for brass 3D4BRASS, will be used by Rubinetterie Bresciane Bonomi to speed up the production of prototypes

Hair Transplantation, Cosmetic; Only a doctor should perform the surgery

The Bank of Albania raises the key interest rate

Bye to America TV? Alejandro Fantino’s statements that set off all the alarms