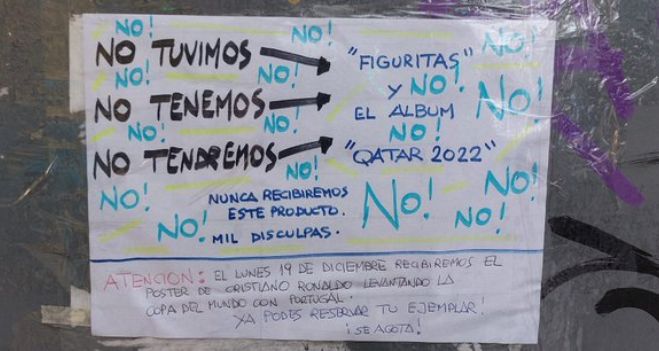 
The controversy over the lack of packages and album of figurines for the Qatar 2022 World Cup continues, it became a national problem and the networks do not stop talking about it. To such an extent that a “collaborative” thread with photos of the posters of the kiosks that do not have stickers went viral.

“Are we already in a position to make a thread of newsstand posters that do not have figures from the World Cup album? I’ll start,” @buenospala wrote next to the photo that began the extensive publication.

Viviana Canosa resigned from A24 amid controversy and accusations of censorship

“Draghi cancel the VAT for the third sector and declare 2022 the year of volunteering”. The appeal to the premier (so far unanswered)

“The world has become cleaner by 42 Russians.” Armed forces of Ukraine reported about the strike on the invaders on the island of Zmein