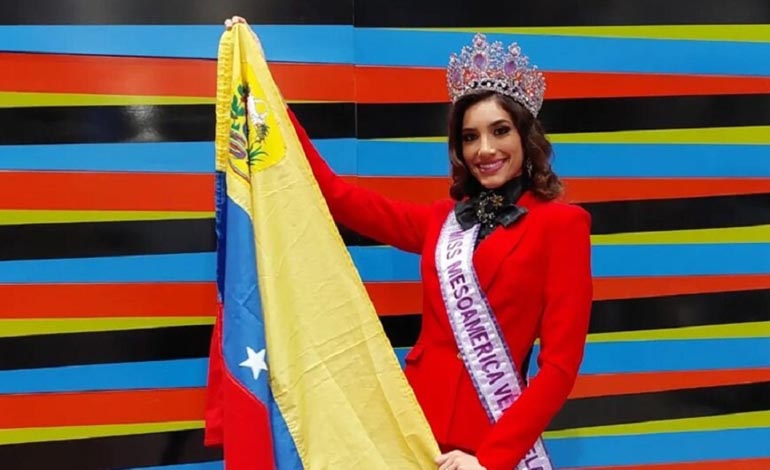 
Venezuela continues with a good streak in Miss Mesoamerica International. After the title won by Ismelys Velásquez in 2021, Aleska Cordido also managed to stand out in the beauty contest.

The Creole representative won the title of Princess Mesoamerica 2022, as the second finalist of the contest is called. The Paraguayan Lisel Recalde was the one who kept the crown that until then adorned the head of the Creole Ismelys Velásquez.

“Venezuela, I love you. We take the crown home »Aleska Cordido commented in a video uploaded to her Instagram profile. «We won the prize for the best figure, as in all contests and well, we are Princess Mesoamerica»he commented next.

It should be noted, Aleska wore as a typical costume to the contest a design by Moniz and Fornez called maiden apamate. The suit, as its name indicates, is an allegory to this white flower.

Ismelys Velasquezfor his part, also said goodbye to his title on social networks. «Today I close a stage that marked a before and after in my life. I deliver a title that filled me with great pride and allowed me to bring joy to my country». he wrote on Instagram at the beginning of a long message.

It is worth noting that Ismelys Velasquez currently holds the title of International Coffee Queen 2022, after winning that contest, held in Manizales (Colombia), last January.

I APOLOGIZE TO HER Gruja revealed what his wife Ljilja wrote to him in the letter, he began to understand what he had done

These are the foods that make us feel good

Colon cancer could be prevented in up to 95% of cases