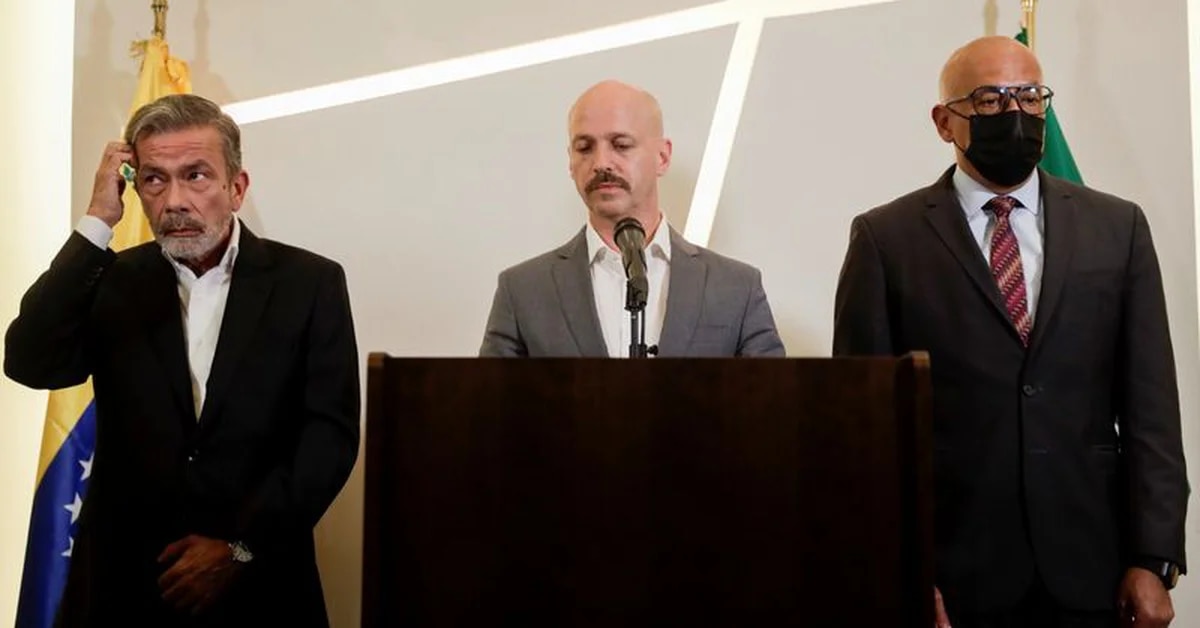 USA studies approving that the oil company Chevron expand its operations in Venezuela, but makes any announcement conditional on the Venezuelan regime Nicolas Maduro and the opposition resume their dialogue in Mexico, they told the agency today EFE sources familiar with the case.

The US decision depends on the parties returning to the negotiating table and promoting other specific commitments in support of the Venezuelan population.

The dialogue, which had been taking place since August 2021 in Mexico, was suspended three months later by an official decision, in protest against the extradition of the Colombian businessman Alex Saaban alleged figurehead for President Maduro, to the United States, where he faces legal proceedings for money laundering.

Colombian President, Gustavo Petroassured this Wednesday that this conversation will restart this November 25 and 26.

Knowledgeable sources pointed to EFE that any authorization issued by the Treasury Department would be temporary and would prevent Venezuela’s state oil company PDVSA from receiving the benefits of Chevron’s oil sales.

The US Executive also reserves the right to revoke the permits if the Maduro Executive does not negotiate in good faith or does not keep its commitments.

With this potential authorization, it is intended to change “oil sales from illicit and non-transparent channels to transparent and legitimate channels, cutting off the use of corrupt shadow firms that control the flow of Venezuelan oil to countries like China.”

These networks, according to those sources, “often include sanctioned individuals, including terrorist groups, who transport or mediate the sale of illicit oil.”

A spokesman for the US National Security Council added Thursday to EFE that the United States joins the international community in welcoming the resumption of negotiations between the Maduro regime and the Unitary Platform, which brings together the opposition.

He also pointed out that it seeks “support the Venezuelan population and defend those Venezuelans who want a peaceful return to democracy.”

The spokesman maintained that his country is eager to see concrete results from the negotiations planned in Mexico and remains in “close contact” with the Unitary Platform.

That same source pointed out that they have nothing new to announce about the sanctions imposed on that country: “For a long time we have made clear our willingness to offer specific relief based on concrete steps that reduce the suffering of the Venezuelan people and bring them closer to the restoration of democracy”.

(With information from EFE)

A colonel gave a corrected version of the 4F, the day a group of commanders proposed to seize power in Venezuela

From the rainbow to the costumes, Qatar taboo for fans

“They are Iranian spies”: Patricia Bullrich gave her opinion on the plane stranded in Ezeiza

Wanda Nara traveled to London with her children after separating from Icardi: “Halloween Vacations”

The Crew 2 on PS5 & Xbox Series: The next gen patch is coming! Follow us Join our community!

An explosion occurred in Melitopol, the mayor says the occupiers are “undermining each other”

Did Zaira Nara leak that Jakob Von Plessen was unfaithful to her with Jimena Buttigliengo?