The Twitter account of the Cingolani ministry has been hacked: behind there is a scam on Ethereum, the cryptocurrency that today becomes “green” 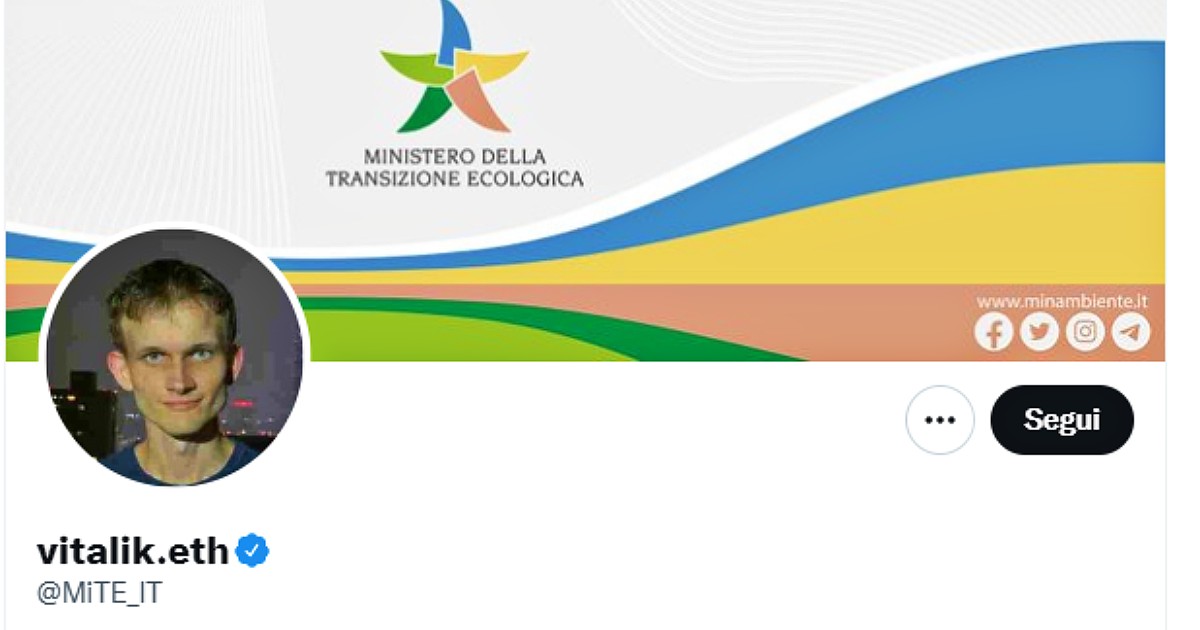 
A scammer who used the Ethereum co-founder photo and nickname Vitalik Buterin hacked the profile Twitter of the ministry of Ecological transition Italian: from Thursday morning instead of the official photo, an image depicting the fake Buterin appears and the posts are all on the expected “merge” of the cryptocurrency. The account of Ispithe institute for international politics studies specializing in geopolitical analysis, suffered the same violation.

From today Ethereum will abandon the current token mining system in favor of a more sustainable mechanism from the point of view of energy consumption. The extraction of virtual currencies usually requires the use of high-performance computers with very high consumption, a huge problem from an environmental point of view as well as – in this phase of energy crisis – a cost challenge.

“The merge will reduce worldwide electricity consumption by 0.2%” – @drakefjustin

Valeria Portaldirector of the Blockchain & Distributed Ledger observatory of the Politecnico di Milano, explained to Askanews that the “merge” is “a epochal change because the world of cryptocurrencies changes a fundamental rule that has long been the subject of great criticism “. With the new validation process, the energy consumption for each Ethereum will decrease by 99%. Furthermore, “there will no longer be a need for a powerful PC to be able to participate in the validation process, with the possibility of having a greater number of actors” also attracted by the possibility of working in a pool. The real Buterin, of Russian descent, is critical of the Kremlin. Since the beginning ofinvasion of Ukraine has started fundraising for Kiev and in recent days has participated in the Tech Summit of Kiev.

He revealed the secret of financial corporations, how to earn 1,500, 2,500 or even 4,000 euros per month without risk and extra work

Jujuy Jiménez spoke about his separation from Pelado López: “I asked the universe”