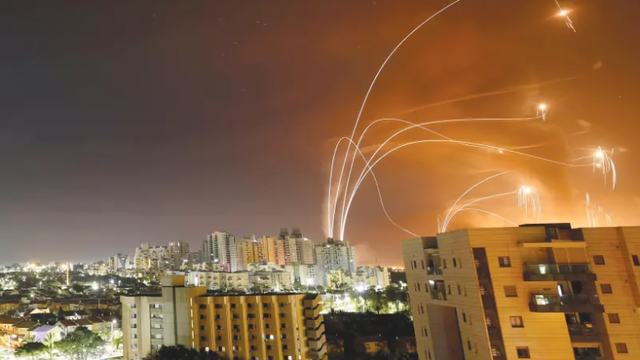 
Several rockets were fired at Israel on Friday evening after the Israeli armed forces hit several targets in Gaza.

Multiple sirens sounded as more than 60 rockets were launched toward Yavne, Be’er Yaakov, Ashdod, but were intercepted by the Iron Dome.

The range of targets quickly expanded as rockets were fired at Rishon Lezion, Bat Yam and Holon, the jerusalempost reports.

This Islamic Jihad rocket launcher in Gaza was ready to fire towards Israeli civilians.

We targeted it before they could—and the rocket launch failed. pic.twitter.com/Nk0VVKhqeY

Israeli authorities have not reported any casualties. “Islamic Jihad” claimed responsibility for the attacks.

We recall that the Israeli forces bombed several Palestinian targets in the Gaza Strip, killing 15 people, among them the commander of the Palestinian Islamic Jihad, Taisir al-Jabari.

Israel and Hamas, which rules the Gaza Strip, have gone to war four times, and smaller clashes have broken out several times in the past 15 years since Hamas took power from forces loyal to its rival, the more moderate Fatah.

"God is great", the Israelis do not stop, they attack the Islamic Jihad militant group again, the moment when the rockets "fly" over people

BIG SUPERFINALE The big boss announced a real spectacle to the co-operatives, this is when the end of Co-operative 5 is scheduled

CAN-2021: Sheyi Adebayor in anger against European clubs

Wine, companies without materials: labels and bottles are missing. “And in January expected increase in prices of up to 40%”