The scandal in the race for prime minister in Britain is revealed, Rishi Sunak was sending messages to the citizens (PHOTO NEWS) 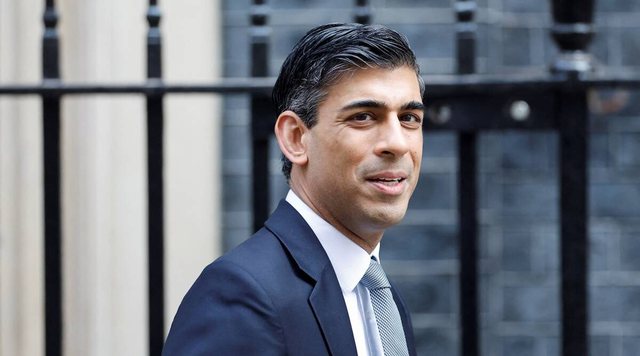 
It seems that Britain is in the grip of a race for the new Conservative leader and the new Prime Minister.

But while the race is in its hot spot, a scandal has been revealed regarding the candidate Rishi Sunak.

Express writes that the former chancellor has been mocked after sending a suggested script to his supporters on how to support him on social media. It includes favorite stock phrases that Tory members should use when making their case for Sunak to be Prime Minister.

Supporters of Liz Truss have seized on the leak to claim it is proof the candidate is not inauthentic. The script circulating among supporters reads: “My name is (insert name) and I live in (insert constituency). 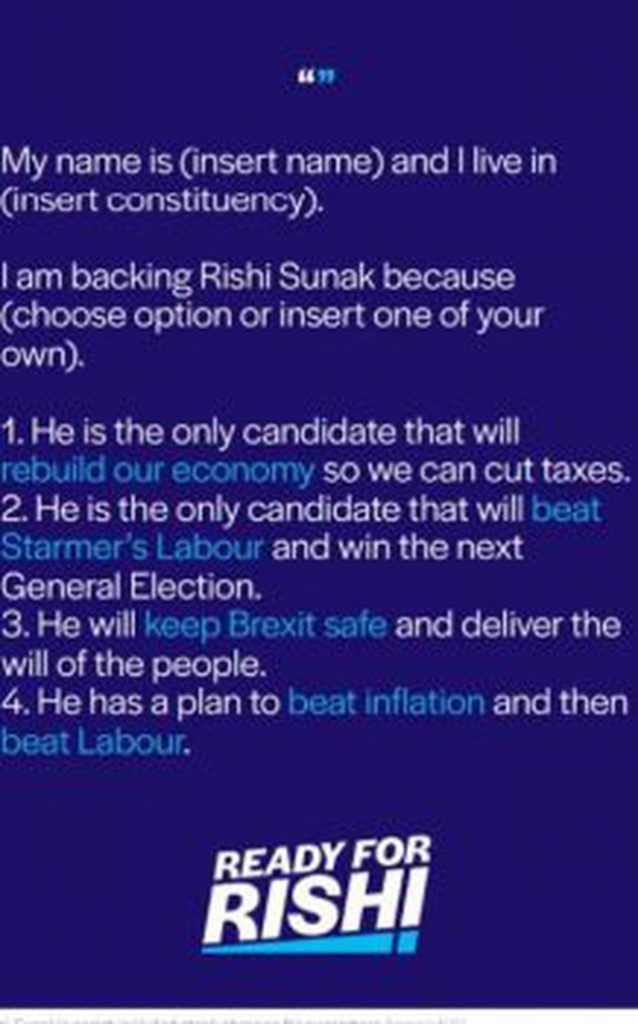 “I’m supporting Rishi Sunak because (select option or insert one of your own).”

There are four suggested reasons for choosing supporters to explain why they are supporting the MP for Richmond.

1. He is the only candidate who will rebuild our economy so we can cut taxes.

2. He is the only candidate who will beat Starmer’s Labor and win the general election.

3. He will keep Brexit safe and deliver the will of the people.

4. He has a plan to beat inflation and then beat Labour.”

From July 31, regulations regarding the implementation of promotions, including discounts, will come into force