The sad end of the Superclásico: provocation of Boca players and projectiles from the stands 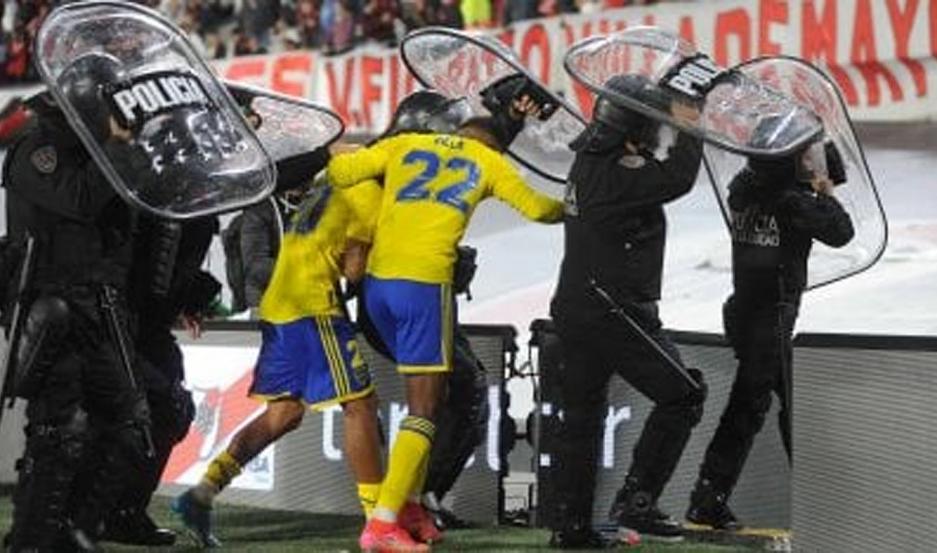 Boca Juniors beat River Plate at the Monumental Stadium after five years. Sebastian Villa he scored the only goal and gave the Millionaire victory for the seventh date of the League Cup. It was a sad ending to the meeting, since both the attitude of xeneizes players like that of some local sympathizers gave rise to talk and forced the police intervention.

After the whistle from the match referee Darío Herrera, all the Boca Juniors players began the celebrations on the same playing field. Those who finished the match were joined by substitutes and collaborators from the coaching staff. Meanwhile, River Plate fans greeted their players who quickly left the pitch.

After a few minutes, it was time for the entire visiting delegation to leave. At that time, reprehensible images were seen with a group of Boca Juniors players insulting local fans, and some of them responding with projectiles towards the field of play. So much so, that members of the Federal Police and Security had to intervene and escort them to the tunnel.

“Chupapi…”, “chickens”, “descendants”, “pu…”, were the outbursts that were heard from some xeneizes players in the tunnel, on one of the “windows” that gave the local fans . Faced with falling bottles and different projectiles, the troops had to remove two Boca players from the field while covering them with the containment shield.

Hetmantsev: Cleaning Ukrainian customs should start now, during the war, sparing no one

In Poland, two citizens of the Russian Federation and Belarus were detained on charges of espionage. They collected information about the army

Brussels: the G7 warning to Russia about the use of biological weapons