The project of the Thumanë-Kashar axis, the residents of Bërxulla try to block the Rinas road, tension with the police: We will burn with gasoline, they are stealing our properties 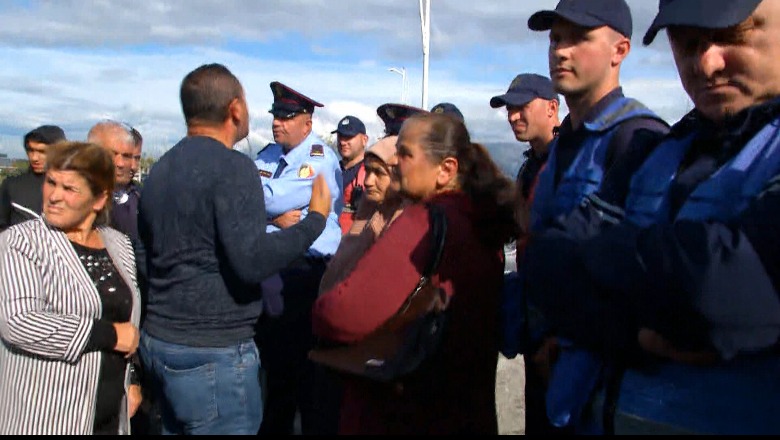 EGGS- Unlike other times, protest from the residents of Bërxulla has also been accompanied by tensions with police officers.

Although they are not against the project, they say that the Gener2 company that has won the project with a concession for 35 years, contrary to the law, has started work on the ground without having a construction permit. Residents claim that they have not received any notification regarding the project, nor about the expropriations.

Arguing with the police, the revolted residents are heard reacting harshly to them.

He added that he will defend his right as he has worked for years in the curves and he cannot stand idly by in the face of injustice.

This situation was accompanied by tensions and physical confrontations between residents and the Police. The latter is placed there to hinder the citizens, while they are asked not to block the road and the works.

We remind you that this is the third time that the residents of Bëxulla have risen in protest, earlier the residents said that they are not against the project, but the problem according to them is the value of the land and the apartment.

According to residents, 20 homes are at risk from the project and the government has not made a decision on their relocation. The project’s pillars will affect over 60 more homes if they are displaced by the axis shift, residents said.

Port of Durrës, Balla-opposition: You are unmatched in idiocy

Is the heart weak? These symptoms will tell

The national team starts training, the midfielder’s condition is worrying

‘The people of India are alive because they took the vaccine; Don’t expect a big wave’