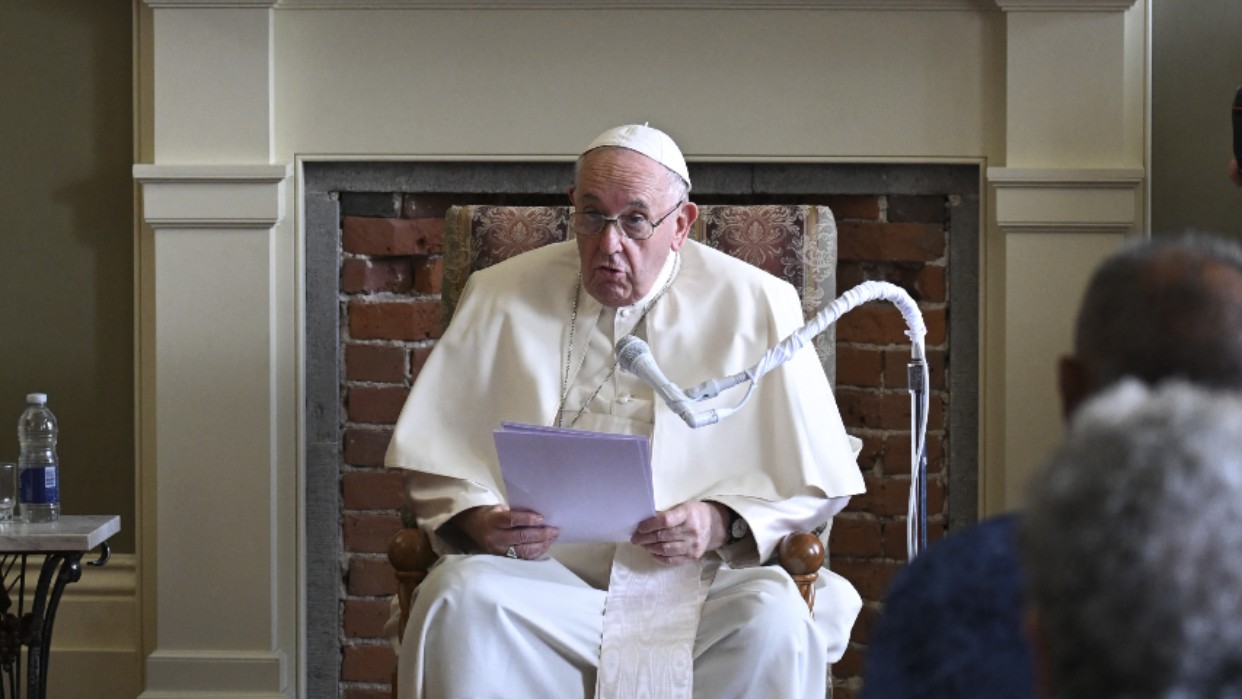 
Pope Francis publicly addressed Russian President Vladimir Putin on Sunday to stop the “spiral of violence and death” in Ukraine and expressed concern about the risk of a nuclear escalation on the planet.

“My appeal is addressed above all to the President of the Russian Federation, begging him to stop, also for the love of his people, this spiral of violence and death,” Francis said, addressing Putin for the first time in public, but without citing his name. .

The pontiff replaced the catechesis of the Angelus with this reflection in which he called on the world to resort to “diplomatic instruments” to stop this “serious, devastating and threatening” conflict and encouraged the Ukrainian president, Volodymyr Zelensky, to “be open to serious proposals of peace”.

Francis, leaning out of the window of the Apostolic Palace, confessed the “profound pain” caused by “the rivers of blood and tears witnessed these months”, “the thousands of victims, particularly children” and “the many destructions that have left homeless many people and families and threaten vast territories with cold and hunger”.

“And what about the fact that humanity finds itself once again facing the atomic threat? It’s absurd. What else must happen? How much blood must still be shed for us to understand that war is never the solution, but only destruction? “, he questioned.

The pope demanded that “an immediate ceasefire” be reached, that “weapons be silenced and the conditions sought to begin negotiations capable of leading to solutions not imposed by force, but agreed, fair and stable.”

These, he indicated, “should be based on respect for the sacrosanct value of human life, the sovereignty and territorial integrity of every country, as well as the rights of minorities and their legitimate concerns.”

Likewise, he strongly deplored “the serious situation created in recent days with new actions contrary to the principles of international law,” such as the Russian annexation of four Ukrainian regions, which Francis did not specify.

These actions, in his opinion, “increase the risk of a nuclear escalation to the point of fearing uncontrollable and catastrophic consequences worldwide.”

His call, in addition to being directed at Putin and Zelensky, was also for “all the protagonists of international life” to “do everything possible to put an end to the ongoing war without being dragged into dangerous escalations and to promote and support dialogue initiatives.

“Please, let’s make the young generations breathe the healthy air of peace, not the polluted air of war, which is crazy. After seven months of hostilities, let all diplomatic instruments be used, including those that have been used until now unused, to make this enormous tragedy end,” he concluded.

Francis was concerned at all times about the war in Ukraine, coming to value a trip to that country, and on this occasion he decided to dedicate the entire Angelus to reflecting on the problem, something that rarely happens, the last one in 2013 to ask for the peace in Syria.

With information from Efe

All of Europe will have problems and so will we. wait for a new wave of price increases. Hovhannes Avetisyan

Diabetics are at risk from the heat! Doctors: Go to mountainous areas to rest!