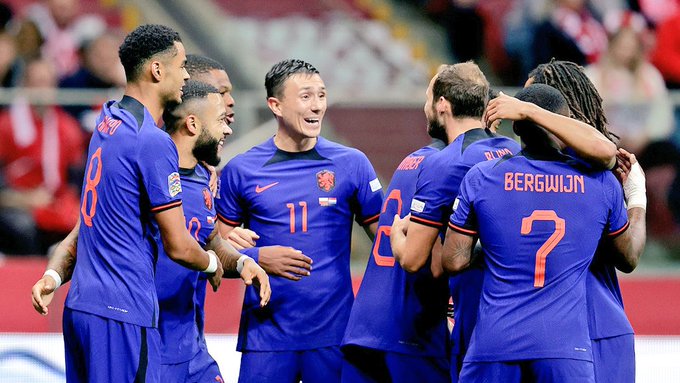 
Antoine Griezmann, Olivier Giroud and Kylian Mbappé, the attacking trident with which France won the 2018 World Cup, came to the rescue of Les Blues against Austria, which they beat with goals in the second half from Mbappé (m.56) and Giroud (m.65), the latter after a pass from Griezmann.

The Netherlands team did not fail in their visit to Warsaw and will play for the ticket to the final phase of the League of Nations with Belgium, after beating Poland 0-2, in a match in which Louis Van Gaal’s men They were clearly superior to their rival.

The Belgians defeated Wales 2×1 and will reach the last day with options to qualify for the Final Four.

A goal from midfielder Baktiyor Zainutdinov with eleven minutes to go saw Kazakhstan secure promotion to League B of the Nations League, after beating Belarus 2-1.

The Kazakh team, which is ranked 114th in the FIFA world rankings, did not fail in front of their fans and secured their place in the second category of the League of Nations in the next edition of the tournament.

Latvia missed the chance to seal promotion to League C of the Nations League after losing 1-2 at home to Moldova, who clung to their chances of promotion with victory in Riga.

Which team had the best performance? 🤔 #NationsLeague

Albania needs blood! Most are family donations, there are no volunteers

Signs that it’s time to break up

Professional League: results, table of positions and averages at the end of date 12