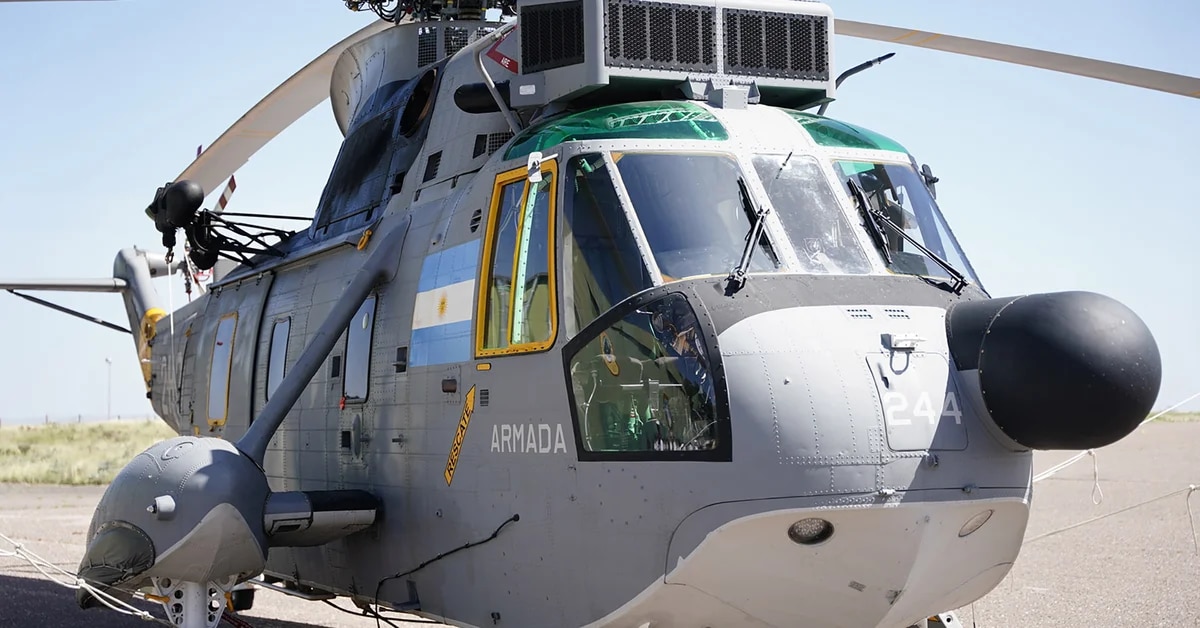 In an official ceremony, the Defense Minister, Jorge Taianapresented yesterday the incorporation of two Sea King model SH-3H helicopters that will join the Argentina Army with the aim of assisting in the transfer of troops, providing support in the Antarctic campaign and in search and rescue tasks, among others.

The new equipment, remanufactured and modernized, arrived in the country at the port of the city of White Bay last October 7. The transaction was made to the North American company Carson Helicopters Based in Perkaise, Pennsylvania.

After a purchase operation for an amount of $12,835,000financed by the National Defense Fund (funddef), the tender included training courses for technical maintenance personnel and the provision of spare parts and equipment for a period of two years, together with 500 hours of operation per aircraft, plus the model adaptation course for two pilots.

Both aircraft, whose previous versions have a history of embarked operations in surface units of the Sea Fleet and in the Icebreaker ARA “Admiral Irizar”, will be destined to the Second Naval Air Helicopter Squadron (EAH2), located at the Comandante Espora Naval Air Base in the province of Buenos Aires. The military establishment was created in 1979 with the mission that the Argentine Navy can operate with helicopters suitable for supporting the Supply of Antarctic Bases during the campaigns that take place mainly in the summer season (CAV).

It may interest you: Submarines, planes and a military base in the south: the Government’s plan to re-equip the Armed Forces

In addition, from the Espora base, Search and Rescue Operations are carried out at Sea (Search and Rescue – SAR); community support tasks, such as transportation of personnel and cargo; and general employment on board ships, as part of the Integrated Naval Power.

As reported, the acquisition is intended to “improve the operational and logistic capabilities of the medium helicopters of the Argentine Navy.”

The decision to add these rotary-winged aircraft considered the technical characteristics of the on-board helicopters, the capacities required to fulfill the assigned tasks, and the availability of flight decks and hangars for the surface units, which allow the aircraft remain on board for extended periods of time.

During yesterday’s presentation, Minister Taiana indicated that the aircraft will work with the icebreaker Almirante Irízar to transfer food and have “several and very important functions” that “are almost essential for the Antarctic campaign.” “They have a permanent search and rescue function, they are very suitable helicopters for that,” he said during a contact with the press at the Bahía Blanca base.

“They can be deployed throughout the national territory in times of catastrophes, floods, fire, they can also provide very valuable help, such as in the transfer of personnel,” he said.

The aircraft, as announced, will support and increase the standards of air safety and training of the personnel of the Second Naval Air Helicopter Squadron in providing support to the supply of the Antarctic joint bases, the assault helicarrier, paratrooper launches, humanitarian aid and support to the community in all kinds of scenarios.

In addition, it will contribute to the exercise, preservation and protection of Argentine sovereign rights in the Exclusive economic zone and on the other maritime and fluvial spaces of national jurisdiction for the purposes of exploration, exploitation, conservation and administration of both living and non-living natural resources. These are spaces of national jurisdiction of vital importance.

The intention of the military team is to facilitate compliance with the national responsibility delegated to the Argentine Navy in Law No. 22,445, which establishes the control and service of Maritime Search and Rescue over the adjacent maritime area, in close coordination with other States due to our geographical position. These are tasks that are remembered, for example, in rescue missions such as those that took place with the tragic outcome of the “ARA” San Juan submarine.

These aircraft will also contribute to providing security to its own personnel on board, in situations that require medical evacuation from the sea to the coast, and later to the terrestrial medical attention centers. And it will allow responding to the training needs of its own, the Marine Infantry and the Sea Fleet.

“I’m in the sauna. A lot of heifers. Take Skabeeva and come!” The Great filmed a parody of Kiva and Solovyov

At 6 in the morning, the thermometer marked 22º and a maximum of 34 is expected.

“Search for happiness”: Wanda Nara was honest on Italian television

Vahan Kerobyan: If the Azerbaijanis do not return to their starting positions, the problem will become more complicated in the direction of reactivating the settlements affected by the military aggression.

Skyrocketing price of cereal products: Farmers warn of the danger that awaits the country