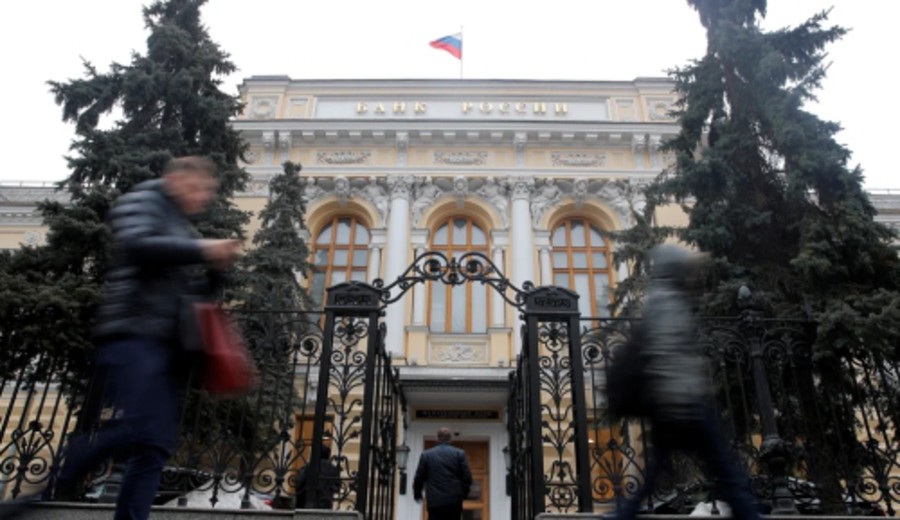 
MOSCOW (Infobae) – The market opened with falls of 8.2 and 9.4% in its main indices, pending the economic and financial sanctions of the international community. The currency hit its lowest value since 2016 against the dollar.

The MOEX and the RTS indices of the Moscow Stock Exchange fell 8.2 and 9.4% at the beginning of the day on Tuesday, driven down by Russia’s recognition of the self-proclaimed separatist republics of Donets and Eastern Lugansk. from Ukraine.

This morning’s losses were added to the sharp falls this Monday, when the Moscow Stock Exchange closed with a 10.5% drop in its MOEX index, denominated in rubles, and a 13.21% drop in the RTS, denominated in dollars. .

Since the beginning of the year, when the tension was already on the rise, the RTS has fallen 30%.

The stock crash returned the Moscow Stock Exchange to the levels it had in November 2020.

The ruble, the Russian national currency, also suffered the impact of geopolitical tensions and this morning it was trading above 80 units per dollar, its lowest value since 2016.

“The Bank of Russia keeps the situation in the financial market under control and is ready to take all necessary measures to maintain financial stability,” the institution said.

On Monday night, Putin recognized the independence of Ukraine’s separatist-held regions of Donetsk and Lugansk, paving the way for the deployment of Russian troops. Moscow’s move drew international condemnation and the promise of targeted sanctions by the United States and the European Union.

The price of Brent crude for delivery in April continues its strong upward trend this Tuesday, reaching $99.01, a rise of 3.79% compared to the close of the previous day.

This rise, which responds to the tensions in Ukraine, means that oil is at a maximum not seen since 2014.

Black gold is on the rise on fears that the crisis between Russia and Ukraine could disrupt crude supplies.

Russia is the second largest oil exporter after Saudi Arabia, but also the largest producer of natural gas.

The crisis has worsened after the Russian president, Vladimir Putin, has recognized the independence of the self-proclaimed separatist republics of Donetsk and Lugansk (this Ukrainian), and has ordered a military deployment to those territories, which has caused international rejection .

In the US, Texas Intermediate Oil (WTI), which did not trade the day before due to being a holiday, rises more than 3% before the official opening of the market.

(With information from EFE and AFP)

Badasyan discussed the progress of the Meghri border checkpoint modernization project with the head of the EBRD Yerevan representative office.

Alarm in the neighboring country with Albania, after the monkey pox, the “swine fever” appears