The more alcohol you drink, the more your brain shrinks – how much you can drink in a day 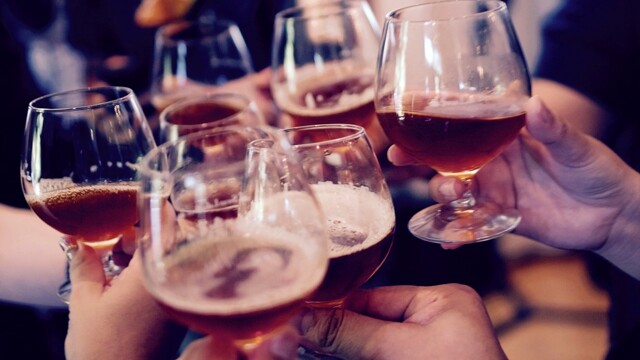 Alcohol is bad for you, and not just when consumed in large quantities. According to the ISS (Istituto Superiore di Sanità), excessive alcohol consumption is the cause of at least 60 different types of dysfunction and damage to health, including cardiovascular disease, cancer and brain damage. But according to the most recent studies, even a light to moderate consumption (a few beers or glasses of wine a week) can lead to damage to general health and in particular alterations in the structure and size of the brain associated with cognitive disorders. A recent research, conducted by the team ofUniversity of Pennsylvania of more than 36,000 adults, he found, in particular, that light to moderate alcohol consumption is associated with reductions in overall brain volume and suggests that even eliminating one drink could reduce the risk of premature aging. The study was published in Nature Communications.

“These findings run counter to scientific and government guidelines on safe consumption limits,” the researcher said Henry Kranzler, of Penn Center for Studies of Addiction. “For example, although the National Institute for Alcohol Abuse and Alcoholism recommends that women consume no more than one drink per day on average, the recommended limits for men are double, an amount that exceeds the level. consumption associated in the study with the decrease in brain volume “.

Researchers used multimodal imaging data from 36,678 middle-aged and healthy elderly adults from the British biobank (a large long-term observational study set up in the UK), recording the participants’ self-reported number of ‘units’ of alcohol consumed. every week / month (one alcohol unit corresponds to approximately half a beer) and converting the weekly and monthly units to daily units for the purpose of analysis. Access to MRI data for each of the participants then helped the researchers understand how the brain size of both gray and white matter had changed.

The more alcohol you consume, the more your brain shrinks

Consistent with previous literature, and after controlling for factors such as age, BMI and gender, the researchers found associations between alcohol intake and changes in the macrostructure and microstructure of the brain. The changes were observed throughout the brain, but mainly in three areas of the cortex: the brainstem, putamen, and amygdala. The higher the levels of alcohol consumption, the more the volume of these areas was reduced. Going from zero to one unit of alcohol didn’t make much difference in brain volume, but going from one to two or two or three units per day was associated with reductions in both gray and white matter.

“This study – underlined the team – highlights how even moderate alcohol consumption can be associated with changes in brain volume in middle-aged and elderly adults. The more you drink, the more your brain volume is reduced”.

Drinking two beers a day ages the brain by 10 years

To give an idea of ​​the impact of alcohol on the brain, the researchers compared reductions in brain size related to drinking with those that occur with aging. Based on their modeling, each additional unit of alcohol consumed each day was reflected in greater brain aging.

Specifically, the researchers found that 50-year-olds who drank four units of alcohol per day (about two beers) had a change in gray and white matter volume equivalent to more than ten years of aging. Going from a consumption of zero to one unit of alcohol per day was, on the other hand, associated with an aging of one and a half years, while going from the consumption of one unit of alcohol (about half a beer) per day to two units (one pint). of beer or a glass of wine) was associated with an aging of two years. Going from two to three alcohol units at the same age was, on the other hand, like aging three and a half years.

How much alcohol can you drink per day

This research is observational, showing only a correlation between alcohol consumption and brain changes. But despite this, the team stresses that everyone should reduce their alcohol consumption per day, even by one unit of alcohol, pointing out that the people who can benefit most from drinking less are mostly people who already drink more.

There is a planet where sapphires rain down from metal clouds

“Short-lived” coaches in Albania: Superior leaves behind only 3 leagues

Attack against Cristina Kirchner: one of the detainees was released