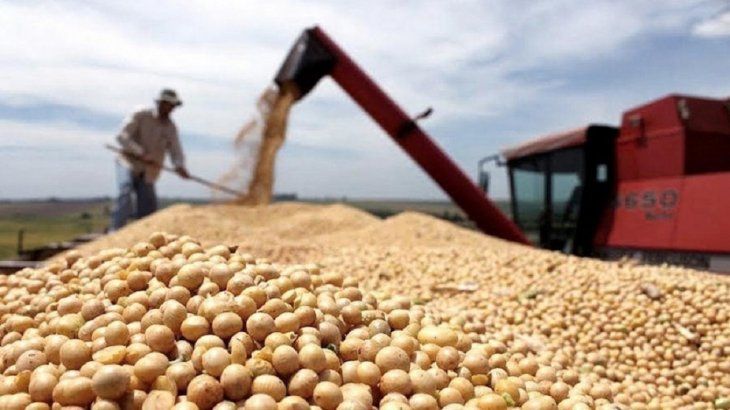 
With this new measure, the Government seeks guarantee the settlement of US$3 billion on behalf of agricultural producers and thus meet the goals of the IMF.

This time, The cereal companies signed the commitment to sell soybeans and derived products for at least 3,000 million dollarstwo million less than in the previous edition.

The program also has three objectives by higher collection: financing promotion for regional economies; subsidies to the poultry, bovine, dairy and swine value chains to increase production; Y a fund to maintain value of family allowances.

In addition, it foresees an award for soybean industrialization to increase the incidence of oils and meals in the exports of the agro-industrial complex.

The objective is to break the export record of the historical agro-industrial complex, in order to put it on the table in the debate on the global food security agenda that is discussed in the G20.

From the fiscal point of view, the Government ensures compliance with the reserve goal and thus exceeds 15%. This ends up being financing without the need for issuance.

The first edition of soybean dollar it occurred in September past with the creation of the “Export increase program“, through which a exchange rate of $200 per dollar for the soybean exports.

The objective was to accumulate dollars and reinforce the reserves of the Central Bank.

The measure had been arranged “in an extraordinary and transitory way” at that time and was also announced yesterday by Massa, after being agreed with the main export complexes, which had promised to sell soybeans and derivative products for, at least $5 billion.

The measure was in force until Friday, September 30, after which Massa announced that thanks to the soybean dollar, foreign sales were registered for 8,123 million dollars and declared a inflow of foreign currency for 7,646 million dollars.

In addition, Massa had detailed that 44,622 producers and legal entities participated in the Program and that 13,725,198 tons of soybeans were marketed from September 5 to 30.

Lockbit, Deathstalker... The names of cybercriminals, it's quite a story

Uruguay will have all the medicines to combat HIV / AIDS

The Hollywood smile changes as often as fashion

CFK once again attacked the President of the Supreme Court

In the world, a million infected with coronavirus are again detected daily – WHO data