The future of medicine lies in nucleic acid vaccines 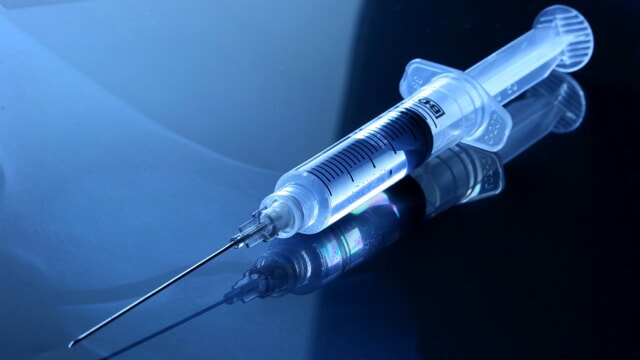 They took us through the most intense phases of the pandemic. But in the future, mRna vaccines are set to do much more: defeat elusive viruses such as HIV, revolutionize the fight against cancer, provide a therapeutic option for rare, currently incurable genetic diseases. The preventive and therapeutic use of nucleic acids, on the other hand, has been under study for almost three decades, and now – as demonstrated by the successes obtained against Covid – the research finally seems ready to bear the hoped-for results. Here’s how these future vaccines could revolutionize the world of medicine in the coming years.

All in all, the basic idea is simple. Dna is the molecule in which the information with which our body synthesizes the proteins it needs are encoded, and the messenger Rna (or mRna) that transmits them to the cell production plants, where they are assembled. Using these two nucleic acids to our advantage, therefore, it is possible to make any protein directly produced by the cells of our organism. “Proteins are very useful tools in medicine – recalls Antonio Clavenna, pharmacologist at the Mario Negri Institute of Pharmacological Research – They can be used to provide antibodies to the targets that interest us, as in the case of vaccines developed against Covid, or to equip the protein cells that they cannot produce, perhaps due to a serious genetic disease. The first attempts in this direction date back more or less to the 1990s, but they have come up against various problems that have taken decades to solve ”.

Initially – explains the expert – research in the vaccination field focused mainly on DNA. A rather stable molecule, which can be easily introduced into human cells. However, the efficacy has not turned out to be as expected, and despite decades of efforts by the scientific community, currently no vaccine of this type has yet been authorized for human use. However, there are many at an advanced stage of developmentwhich could see the light already in the next few years.

In the case of RNA, however, the research began somewhat quietly: it is a molecule that is degraded very quickly inside our body, and it was not easy to imagine how to bring it into the cells and then up inside. ribosomes (the organelles into which messenger Rna, or mRna, is translated to assemble proteins). “MRna seemed less promising than DNA in the vaccine field, but over the years lipid nanoparticles have been developed that allow it to be successfully transported into cells, and new techniques to make the molecule more stable, obtain a significant production of proteins and limit adverse reactions – explains Clavenna – and so in the last 10 years this technology has started to take off, up to the first approvals of mRna vaccines that we saw during the Covid 19 pandemic. And with the success these vaccines have had , now it is considered by all to be an extremely promising technology “.

The benefits of nucleic acid-based vaccines are manifold. Once an antigen (a pathogen protein against which to target the immune system’s response) has been identified to be used as a target for vaccination, producing the corresponding mRna or DNA is a quick and easy process. Furthermore, since antigens are produced directly by our organism – and not artificially introduced from the outside, as happens like traditional vaccines – with nucleic acid vaccines it is easier to induce an immune response that is not based solely on production. of antibodies, but capable of also forcefully activating T lymphocytes, a group of cells in our immune system that flush out, and eliminate, infected or malfunctioning cells. For this reason, they are considered particularly promising in two fields: the fight against chronic infections, and immunotherapy against cancer.

In the first case we are talking about diseases such as HIV, hepatitis B and C, or even a more banal herpes, persistent infections that can be kept at bay with drug therapies, but which to date it is impossible to completely eliminate from patients’ bodies. . By activating T lymphocytes, nucleic acid vaccines could give our immune system that extra gear necessary to identify even the most remote viral reservoirs, i.e. the areas of the body where viruses hide to escape the action of drugs and immune system, waiting for the conditions to return favorable to resume their advance. In this way, they may be more effective than traditional vaccines against viruses that tend to produce chronic infections. In fact, DNA and mRna vaccines are at an advanced stage of study for both immunization against HIVboth as immunotherapeutic tools for permanently free patients from infection.

Fight against cancer and gene therapy

Even in the case of tumors, the ability to activate T lymphocytes demonstrated by nucleic acid vaccines could prove extremely important. In fact, a tumor arises from a cell of our organism that changes, and begins to replicate in an anomalous way. Usually, the immune system immediately identifies these cancer cells, and T lymphocytes eliminate the problem in the bud. If the cancer cell manages to hide its presence long enough, the situation quickly becomes uncontrollable and a real tumor originates. By restoring the ability of T lymphocytes to recognize and attack cancer cells, however, it is possible to reverse the situation, helping the body to eradicate the invader.

“The approach is similar to that used in vaccines – explains Clavenna – that is to make the body’s cells produce the antigens against which we want to direct the action of the immune system: in this case, those that identify cancer cells. In this way, it is possible to enhance the immune response against the tumor, and improve the effectiveness of traditional therapies. The idea is not new, and in the last 10 years there have been several promising clinical studies, especially against melanoma and leukemia ”. There are many ongoing clinical trials, and given that the approval of the two mRna vaccines against Covid 19 has paved the way for the use of these new technologies, experts expect the first oncological applications could soon see the light. Not surprisingly, one of the companies closest to the goal it is modernwhich is experimenting with its mRna technologies against lymphoma and solid tumors, with results that the pharmaceutical industry defines as extremely encouraging.

A final aspect worth mentioning is that of the treatment of genetic diseases. Pathologies that arise from a defect in the patient’s genetic heritage, which prevents his cells from producing one or more proteins necessary to stay healthy. By restoring the production of missing proteins, it is possible to resolve the symptoms that patients suffer from, and that is precisely what nucleic acid vaccines allow to do. In the case of DNA vaccines, we are talking about full-fledged gene therapy: the missing gene is reintroduced into the genome of the cells, and they resume functioning normally. Several such therapies have already been approved, and many more are in the pipeline in the coming years. Using mRna, on the other hand, the genetic heritage of the patient’s cells is not modified, and therefore it is not a gene therapy in the traditional sense. “The limit of mRna in the treatment of genetic diseases is that protein synthesis is temporary – recalls Clavenna – and therefore the effects of the drug occur only for a short period after administration. But it is still an interesting path, which is being studied, for example, for the treatment of cystic fibrosis “.

On WhatsApp there is a secret menu, here's how to find it

“We continue to teach the Ukrainian language.” Kalush Orchestra sang Stefania with Eurovision 2022 participants from France, Italy and Germany. Video

Tahya Tounès postpones the closing of its congress to next Wednesday: We are waiting for Youssef Chahed’s decision

“Still miles away from animals and problems that can not be solved.” The former head of Nork-Marash administrative district, acting director of the Zoo. 168.am:

Girls with low height keep these things in mind, they will look stylish