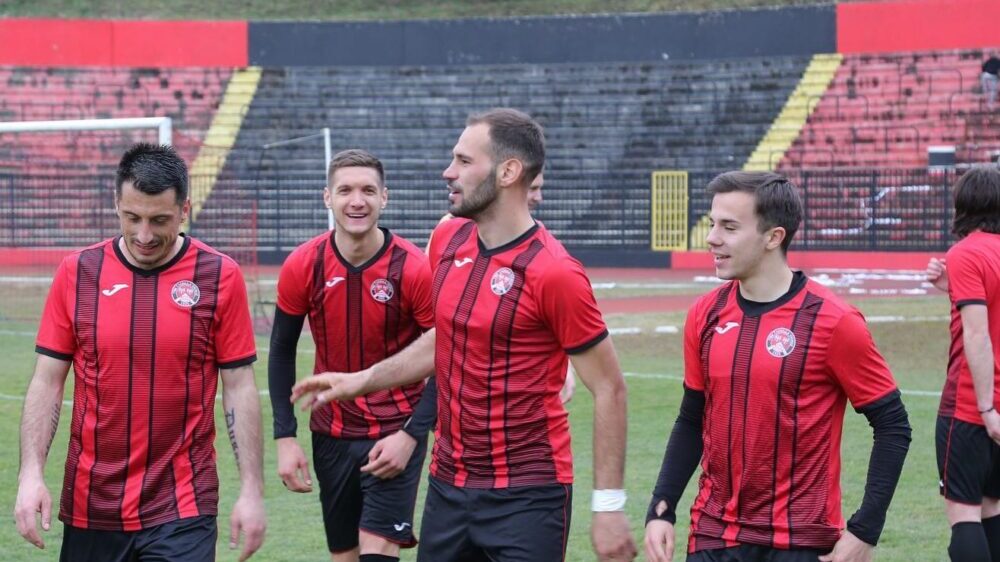 In the 18th round of the Serbian League West, the football players of Sloboda were guests in Kraljevo, where they played a draw in the match with the home team Sloga, 0: 0.

The match passed with few chances to score on both sides, and the best chance for the lead of Sloboda in the first half was missed by Đordje Glišović. The football player from Užice tried to overcome the goalkeeper of Sloga with a shot from the edge of the penalty area, but the ball went past the goal post of the home team.

In the second half, the guests had a field initiative, but Šušnjar, Tripković, Gajić, Marjanović and in the end Milekić did not manage to shake the net of Kraljevo. The home players almost scored all three points, because in the very finish of the match in Kraljevo, the goalkeeper of Sloboda Vukašinović intervened excellently and prevented the home attackers from scoring, so the match ended without a winner and without goals.

The leader on the table of the Serbian League West, Sloga from Požega, defeated Trepca at home with 1: 0 and thus gained five points more than the Užice team.

The football players of Sloboda will have the opportunity to reduce the gap behind Požega on Wednesday, when they will play in Bogatić in the postponed match of the 16th round, where they will meet the Macva team.

Read more news from this city in a special link.

What Ana Stanić watches on TV: Kesić, Poirot and Bond

Covid 19 situation / Ministry of Health: 17 infected citizens and no loss of life in the last 24 hours

Covid-19 takes the life of a woman from Gjirokastra, MH: 619 infections in the last 24 hours

By decree, the national government granted facilities to encourage the development of Vaca Muerta