The football world mourns: The little genius has left 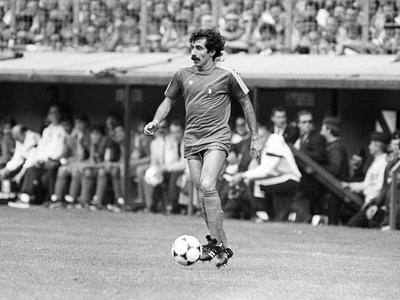 Portuguese footballer Fernando Chalana has died at the age of 63, his former club Benfica from Lisbon announced.

Chalana played as an attacking midfielder and was called a “little genius”. “It is a very sad day for all Benfica fans and football lovers. A little genius, one of the biggest and eternal symbols of the club, has left,” the agencies summarized the words of Benfica president Rui Costa.

Chalana made his debut for Benfica’s first team in 1976 at the age of 17 years and 25 days, making him the youngest player to play in the Portuguese first division. He played for Benfica until 1984, and after reaching the semi-finals of the European Championship with Portugal, he transferred to Bordeaux, where he stayed for three years. Then he returned to Benfica and played for them until 1990.

“He was one of the best Portuguese footballers of all time,” Portugal coach Fernando Santos said.

Why does the regime's media not mention the affair of the inhumane exploitation of Indian workers that it is the business of a family closely connected to Janković?!

Florencia Peña told how she prepares for her wedding: “Celebrate love”

Emma Marrone and bone marrow transplant: how to become a donor and what the surgery consists of