The first maneuvers of the modernized Russian Tu-160M ​​bomber 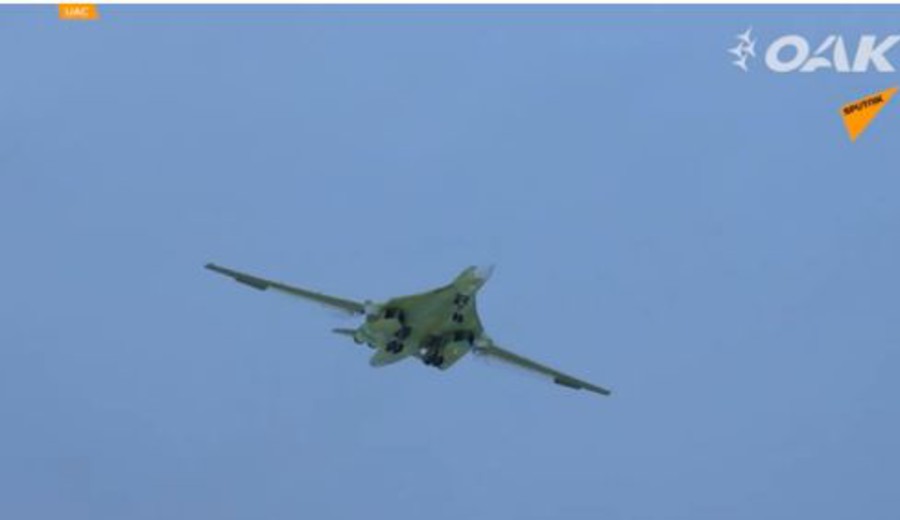 
MOSCOW (Sputnik) – The first modernized Russian Tu-160 strategic missile carrier, the Tu-160M, made its first flight from a Kazan aviation airfield of the Tupolev manufacturer’s subsidiary.

The flight took place on January 12 at a height of 600 meters and lasted about 30 minutes. The Tupolev test pilot crew conducted maneuvers to check the stability and controllability of the bomber in the air.

The modernization program included the complete digitization of the design documentation, restored the technology of welding titanium parts, resumed the production of fuselage units and established a new cooperation between the main industrial companies related to the production of the bomber.

The Russian strategic missile carrier maintains its outward appearance, but is built on a totally new digital technological foundation with systems and equipment that have been upgraded and improved by 80%.

“We have restored the full production cycle of the Tu-160, but already in the M modification, using updated engines, updated control systems, navigation systems, weapons control systems. We see important prospects for the Tu-160 platform – a further development will allow its use for new weapons, including advanced ones,” said Russian Industry and Trade Minister Denis Manturov.

This bomber made its first test flights in March 2021.

The Tu-160 is the most powerful supersonic aircraft with variable wing geometry in the history of Russian military aviation.

The import of oil from Russia to Armenia is not endangered, in case of force majeure the import will be provided from other EEU countries ․ Deputy Minister

On WhatsApp there is a secret menu, here’s how to find it

“They have enough potatoes and cucumbers.” Grybauskaite believes that Western sanctions will not force Russians to overthrow Putin