The Federal Chamber rejected CFK’s request to remove Judge Capuchetti. The complaint had requested the recusal of the magistrate and the seizure of the phones of two collaborators of the national deputy. 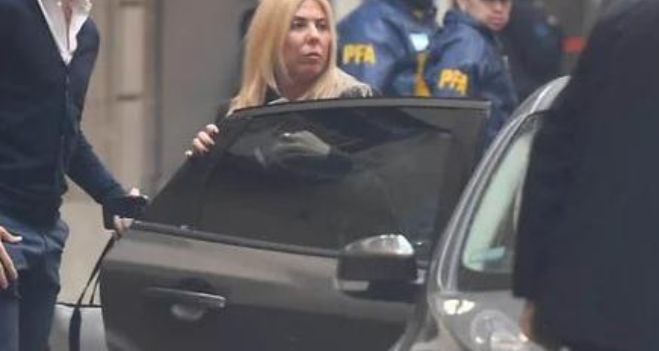 
On the verge of completing three months of the assassination attempt against Cristina Kirchner, the Federal Chamber rejected this Friday the attempt by the vice president to remove Judge María Eugenia Capuchetti from the investigation, judicial sources revealed to Infobae. And in parallel, he ordered a series of measures that must be deepened to clarify one of the clues on which the complaint points and that splashes the deputy of the PRO Gerardo Milman, who is attributed to having said in a bar two days before the attack “when I’m dead, I’m going to be on the coast.” Among these measures, that two deputies of the Frente de Todos declare to find out what they know about that hypothesis.

As resolved by judges Leopoldo Bruglia, Pablo Bertuzzi and Mariano Llorens, the judge or prosecutor Carlos Rìvolo -to whom the judge delegated the investigation on Wednesday- must call the witness Jorge Abello, who heard that sentence, to testify again; quote his boss, the deputy from Santa Fe Marcos Cleri; and another client of the Casablanca bar who was there at the time: the deputy of the Frente de Todos Mario Leito. Just then, the judge must evaluate whether to proceed to the analysis of the telephone numbers of Milman’s collaborators, in a “limited” framework to what refers to this clue.

Why? Because the “institutional gravity” behind this attempted murder requires that “every line of investigation that could have an impact on the criminal hypothesis be exhausted.” “Although we consider that, rightly, the Judge has tried to avoid undermining the constitutional guarantees of two witnesses -with respect to whom no criminal link to the case was proven for the moment-, the truth is that given the institutional seriousness of the fact investigated here -the attempt to kill the Vice President of the Nation, Cristina Elisabeth Fernández- make it imperative to produce all those evidentiary proceedings that may be relevant and useful for the discovery of the truth, sparing no effort and haste, although always opting for the alternative that is least harmful to the constitutional guarantees at stake”, they assured.

Before that decision, Bruglia ratified Capuchetti in the case. He assured that “it does not emerge within the framework of these actions, any act on the part of the intervening magistrate that could infer an objective and specific fact of bias.” And he affirmed that the request for recusal is justified by the “dissatisfaction – it may be correct or not – with certain edges related to the way of carrying out this investigation, but in no way does it specify evidence that demonstrates the lack of impartiality invoked”. As he highlighted, “these criticisms of the investigation must be channeled through” the pertinent and specific recursive instruments established for this purpose by the National Code of Criminal Procedure,” said the resolution to which Infobae agreed.

The two pronouncements of the Federal Chamber are the response to the open and public criticism that the vice president motorized against the case that investigates the assassination attempt against her. Since the judge rejected a request from the complaint to seize the phones of two Milman collaborators who testified as witnesses, the vice president broke ranks with the investigation and began to list various criticisms in the case that she had not previously objected to in the file.

For the cause, Fernando Sabag Montiel, the man who pointed it to the head of the vice president, and his girlfriend, Brenda Uliarte, are accused of being co-authors of the aggravated assassination attempt. Nicolás Carrizo, head of the “copitos”, prosecuted as a secondary participant, is also in prison. CFK also wants him as a co-author. And to all of them and many more investigated for illicit association, the same figure that weighs on her in many of the corruption cases that have her as a defendant.

In this context, the vice president launched an open assault a few weeks ago against Judge Capuchetti, whom she accuses of not having investigated the political legs behind her attack and of delaying the case, which already has more than 25,000 pages. Even at Wednesday’s hearing, lawyer José Manuel Ubeira, CFK’s legal representative along with Marcos Aldazabal, assured that if something happens to the vice president or her children, it will be Capuchetti’s responsibility.

Judge Bruglia, who had in his hands the response to the challenge, took note of this assessment and called the complainant’s attention in a resolution in which he rejected the challenge of the magistrate. Not without first emphasizing that “the fact that gave rise to these actions has particularities that inevitably give it an important seriousness of institutional transcendence.”

“In addition to violating a person’s fundamental right to life, the particularity of the case, in response to the institutional investiture held, has severely jeopardized the precepts and values ​​of democratic coexistence and the constitutional order. Suffice it to recall the image of a subject who incredibly managed to place and trigger a weapon loaded with projectiles centimeters from the head of the person who held the Vice Presidency of the Nation at that time, ”he wrote.

In this context, Bruglia added: “this unique scenario undoubtedly requires judicial activity and response, where a profuse and prompt investigation prevails, in which every line of investigation that could have an impact on the situation is considered and exhausted.” the criminal hypothesis. For this, priority must be given to carrying out the universe of evidentiary measures that is essential to determine or rule out any other participation in the act, beyond that accused of the subjects who were already identified and prosecuted.”

But he warned that “the application of the institute of recusal is absolutely restrictive and the criticisms of the instruction that the complaint formulates to support the request for the removal of the judge -which none of them have been subject to review by this Appeal- , exceed the margin of action of this incident”.

In this sense, he stressed that the complaint deployed in the request for recusal questions to the investigation, when “he has already had the legal opportunity to raise his disagreement with what was decided by the magistrate of degree, to obtain a jurisdictional response in this regard that, beyond Whether or not it is favorable to your claim, it is precisely the use of the appropriate mechanisms offered by the procedural regulations to discuss issues such as those listed in this incident when motivating the challenge formulated.”

And in this context, he added that a challenge cannot be accepted when it is used “as an effective instrument to separate the intervening judge from hearing the case when his resolutions are not favorable to him, contrary to the constitutional norms that contemplate the principle of the natural judge” .

On the day of the 35th anniversary, Yurusheva told why I am grateful to God