The fans died in the arms of the footballers 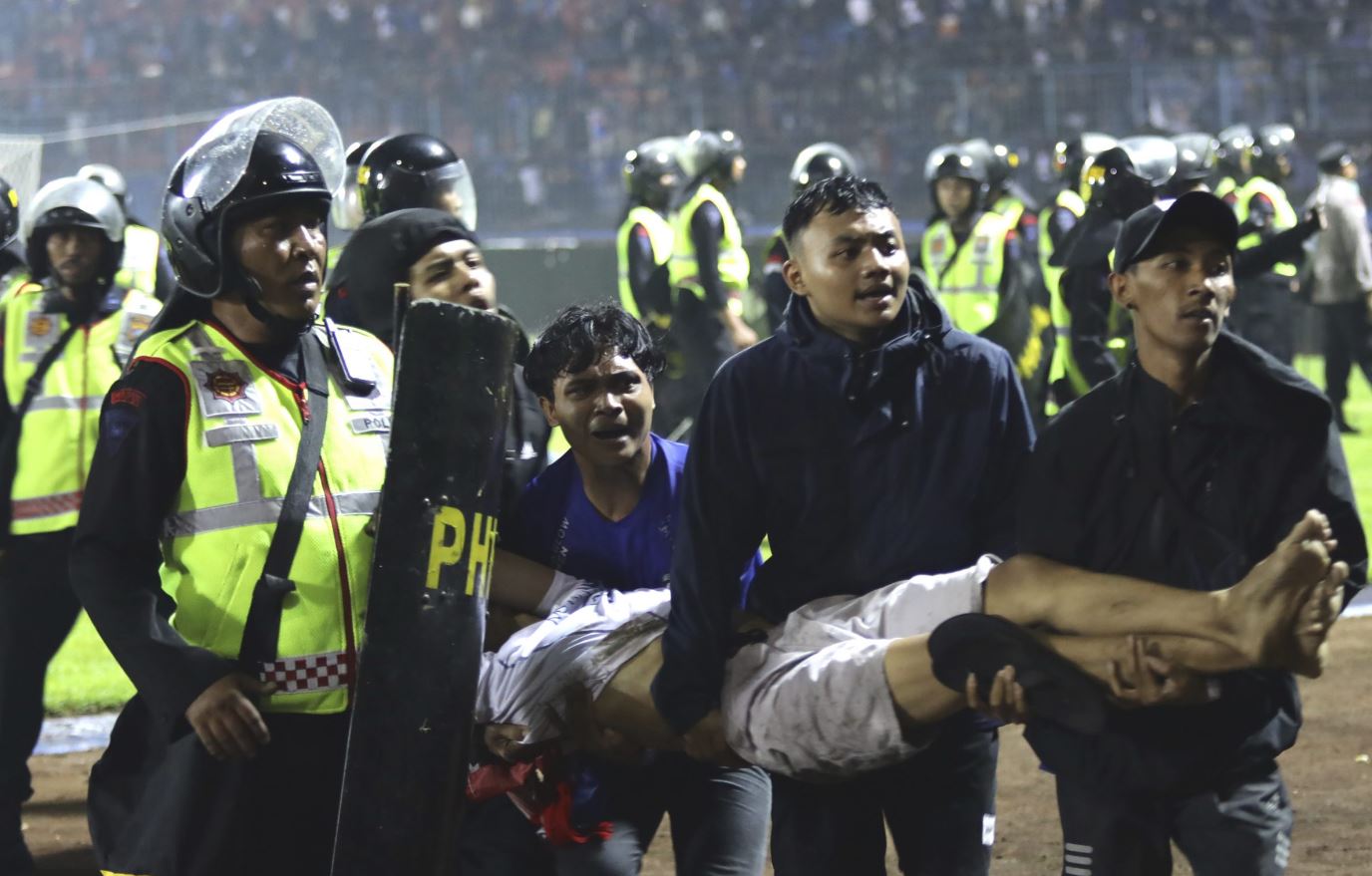 Fans died ‘in the arms of footballers’ during the crush that took place on Saturday at the Kanjuruhan stadium in Indonesia. This is how the coach of the host team, Javier Roca, confessed, who said that the tragic event that claimed the lives of 125 people, has left him “mentally shocked”. The number of children who lost their lives in this tragedy reached 32 this Monday. Authorities say the youngest victim was just 3 years old.

At least 18 officers are under investigation after police fired tear gas at fans who invaded the pitch at the end of the match. More than 320 people were injured as fans trying to get away from the tear gas trampled and choked each other.

A witness said BBC that the police had released several canisters of tear gas, continuously and frequently, as the situation with the fans became tense. Arema FC’s home fans ran onto the pitch as the match ended 3-2 to rivals Persebaya Surabaya.

A police spokesman said the officers under investigation were responsible for carrying the weapons and that they are being questioned by Internal Affairs. This is not the first time that the Indonesian police have been criticized for the frequent use of tear gas in stadiums overflowing with fans. The local authorities said that the stadium had been filled beyond capacity, with over 42,000 tickets sold for the match, in a stadium that has a capacity of 38,000.

Videos posted on social media show fans running onto the field as the final whistle blows and police fire tear gas in response.

“Everything became anarchic. They started attacking officers, damaged cars“, said the head of the police in Java, who added that two officers were also among the dead.

“I want to emphasize that not all of them were anarchists, only about 3 thousand who entered the field. In an attempt to leave, the fans rushed towards one of the exits. There they overlapped each other and during the time they were piled up they had a lack of oxygen and could not breathe”. he said.

While a witness told the moments of horror to the BBC. “Little children were crying, women were fainting. There were screams everywhere.”/tvklan.al

COVID in Albania: No loss of life, 115 citizens are infected in the last 24 hours!

Rolfi Montenegro revealed the real reason for his departure from Independiente