The explosive harangue of the DT of Arabia at halftime that served to beat Argentina Hervé Renard exploded against his team at the end of the first half to ask for a more suffocating mark on Messi. 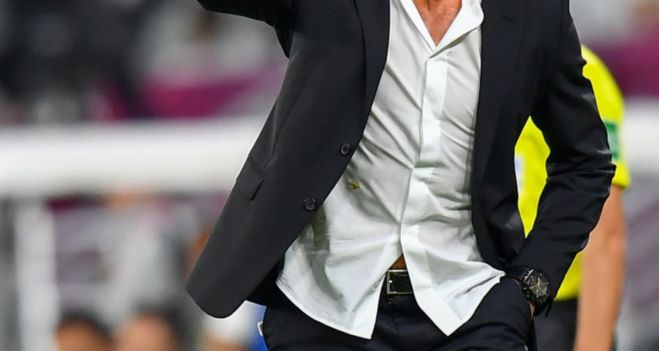 
The historic defeat of the Argentine team against Saudi Arabia in its debut at the Qatar 2022 World Cup continues to exhibit different details that magnify the first victory of the Saudi team against this rival. These three points left him in a very good position to aspire to qualify for the round of 16.

However, the first half of the match that was played at the Lusail stadium closed in favor of the Albiceleste. The referee Slavko Vincic charged a penalty at the behest of the VAR for an infraction against Leandro Paredes and Lionel Messi scored the first goal of the game 10 minutes into the initial stage.

Despite this blow, the Asian team kept their game plan with high pressure and advanced lines to cause permanent offsides that cut off Argentine advances. This is how an action against Messi and two plays against Lautaro Martínez that ended in goals ended up being annulled. The first intervention of the Bull had a slight doubt because an image after the duel found the Inter Milan striker enabled.

The team that arrived at the World Cup as the leader of his group in the Qualifiers for his continent had shown little firepower under the three sticks of Emiliano Martínez. The offensive inattention together with the lack of control that they exhibited to marginalize the best player in the world were problems to be corrected quickly and, at halftime, coach Hervé Renard appeared to show his oratory skills in front of his direction.

“Is this how we press?” Started the 54-year-old coach on arrival at the locker room. In English and with a clear French accent, Renard showed his anger and tried to strike a chord with each of his footballers in a speech that was translated into Arabic.

“Pressing doesn’t mean they have to go up. The next time Messi dominates, ask for the ball, they are needed in defense. We all have to mark the one he dominates ”, highlighted the man who came to this team in the middle of 2019 and has a contract until 2027.

Before the watchful eye of his managers, he finished off with a phrase referring to the emblem of Argentina: “Otherwise, take out your phone and take a picture with Messi if you want.”

This harangue modified the meeting that had been taking place up to now. Saudi Arabia was more aggressive with the ball, the team led by Lionel Scaloni was encouraged to attack and had already tied the game 3 minutes into the second half with a goal from Saleh Al-Shehri. Five years later, the Albiceleste went on to lose the game thanks to Salem Al Dawsari’s great goal.

This goal motivated a particular dialogue between Ali Albulayhi and Messi himself. Far from the condescension that distinguished the first part, Al Dawsari’s goal motivated the central defender to approach the “10″ of the team. He patted him on the back twice and blurted out a phrase that the player himself revealed after the game in a chat with Goal: “I told him: ‘You won’t win, you won’t win!'”.

And so it happened. The modifications made did not alter the process of the game with a team that showed many shortcomings in the creation of the game and felt the absence due to injury of Giovani Lo Celso.

This initial victory changed Group C of the World Cup in its entirety. The goalless equality between Poland and Mexico opened a new scenario because the second date will be key in the future of the area. Saudi Arabia will advance to the round of 16 if they beat the Europeans, while Argentina must beat the Latin American team to avoid compromising their classification. Both matches will be played on Saturday from 10 a.m. and 4 p.m. (Argentine time), respectively.

Talk of the DT of Arabia Hervé Renard in the intermission against Argentina:
“You call this pressure?
Pressure means you go to the side.
Messi, in the middle of the field, with the ball and you stay in front of the defense.
If you want you can take a picture with him. You have to follow it” pic.twitter.com/bLZuBri5Po

In the midst of this scenario, Hervé Renard moved away from pessimism to guarantee that the light blue and white will advance to the next instance and was encouraged to go further: “Argentina will pass the group stage. They can be world champions. This is soccer.”

Alarm in the Argentine National Team: the physical problem that Lautaro Martínez drags

Majo Martino was very harsh when referring to his former partner Kate Rodríguez: “She is hanging”

Reform of the Statute: rejection of the unions and debate in the Legislature