The drug laboratory in Fier, footage of the mega-operation is released: How 430 kg of cocaine were caught in chemical fertilizer (VIDEO) 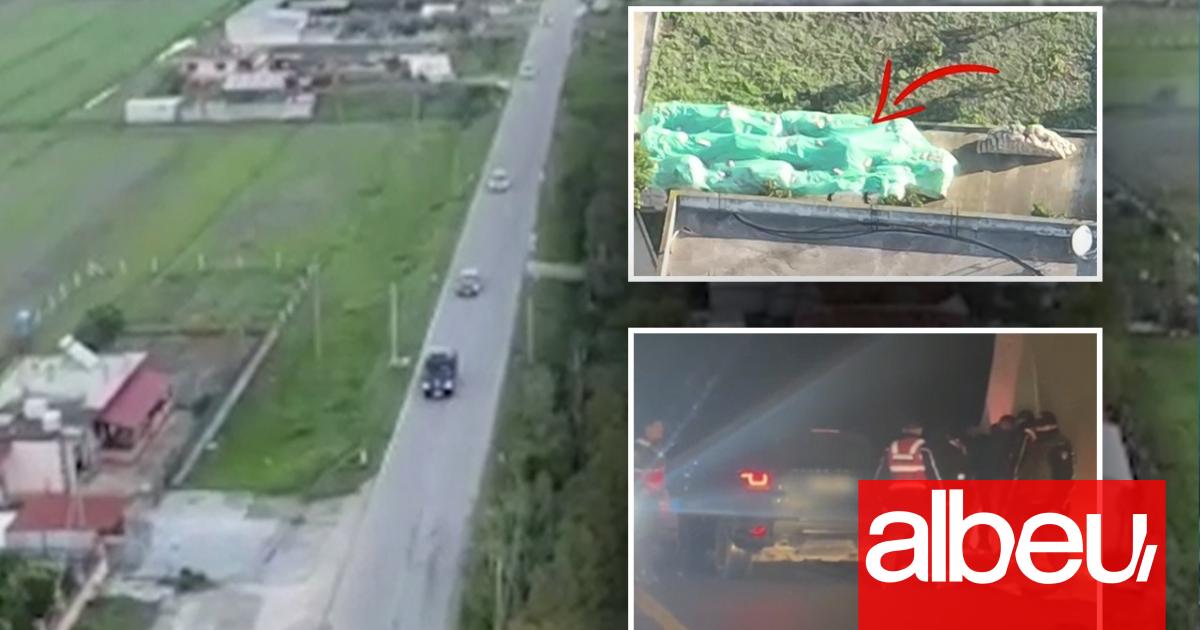 
The images of the operation developed in Frakull of Fier, where 430 kg of cocaine, which was hidden in chemical fertilizer, were seized.

The structures of the General Directorate of the State Police have successfully completed and in complete conspiracy, the investigations within the framework of a criminal proceeding, for a structured criminal group in the field of trafficking of hard drugs (cocaine), with the engagement of a number considerable number of judicial police officers and judicial agents and have executed so far, for 10 citizens, the security measure “Arrest in prison”, for the criminal offense “Trafficking of narcotics”, carried out in the form of a structured criminal group.
In addition, the Police structures have carried out the control of 14 premises, in different cities (Tirana, Lushnje and Fier), and as a result, they have seized: 6 firearms, 2 shotguns, combat ammunition, about 16,000 euros and 20 pallets of about 24 tons of “artificial fertilizer”, within which there are reasonable suspicions, based on evidence, that there is a quantity of about 430 kg of the narcotic substance cocaine, the value of which, referring to the sale on the retail market, is about 40 million euros.
The Director General of the State Police, Madhor Muhamet Rrumbullaku, through a message, has thanked the entire police force for the successful completion of this mega-operation. This mega-operation showed the integrity and professionalism of the police structures, in the uncompromising fight against criminal phenomena./albeu,com

Realized the super goal, the confession of the hero of Brazil: I cried four weeks ago

WE NEED TO BE FRIENDS Philip the Tsar sent a clear message to Dejan: I want to be friends with him

Four super powerful seeds that you can add to your diet

International reserves of Ukraine for the month decreased by 5%