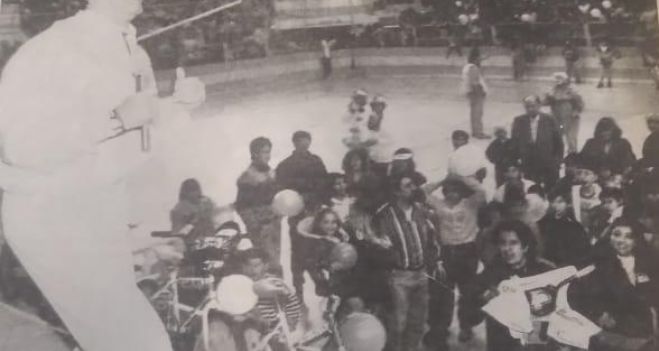 
“I don’t forget the time I went to San Juan: I went to a huge place with many people and thousands of kids. That’s one of the treasures I have,” Carlitos Balá said in his last interview with Diario de Cuyo. The anecdote referred to his performance at the Aldo Cantoni Stadium for the 1994 Children’s Day celebrations.

Some 10,000 children from different parts of the province participated in the so-called “San Juan’s largest chocolate” and covered the closed stadium with balloons and posters.

The massive celebration was organized by several media outlets and had as a finishing touch the talented musician, entertainer and host who reviewed his best-known songs “A small gesture of idea”, “Happiness begins with faith”, “Here came Balá “, among others.

The chronicle of the time affirms that both parents and children exploded with joy with the presentation, the most massive of Balá in San Juan.

24.2% of mining exports in August were from San Juan; the second province that contributed the most in this area

Why men and women perceive pain differently: science reveals it