The Court ruled in favor of Desamparados and with this, Peñarol entered direct descent 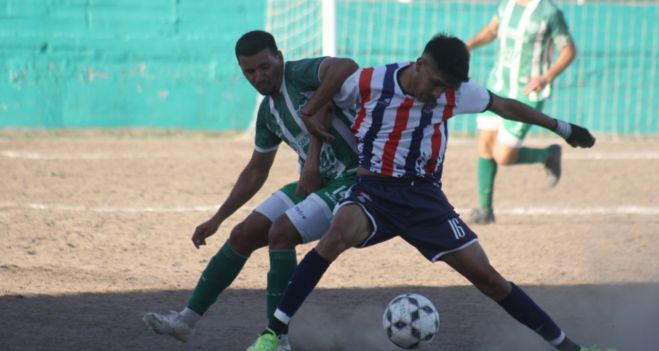 
On this Thursday night, the Court of Penalties of the Sanjuanina Football League released a ruling that peppers the closing of the First Division Summer Tournament. It is that after the protest of Desamparados claiming the points against Peñarol for the bad inclusion of a playerhad a favorable result for the Víbora that ended up jumping to third place in the positions and putting Peñarol in the direct relegation zone and depending on a third party to be able to get out of falling to “B”.

The match in Puyuta had ended in victory for Bohemio by 3 to 1, With this, the Bohemian reached 33 points in the general table, which is what defines the declines, putting Arbol Verde (30) and Sarmiento de Zonda (31) in that area in the absence of a closing date. Of course, those teams involved in the red zone of the contest were the ones that put Viper on alert, warning of the poor inclusion of Agustín Medawar, who had to meet a suspension date and who was unusually present against Puyutano. The Arbolinos had even warned that if Desamparados did not claim those points, the request would be made by them and although the claim was delayed by Sportivo, it was finally presented and had a result on Thursday night.

The truth is that the Court’s ruling determined the following: “Make room for the claim of Club Sportivo Desamparados and consider Club Sportivo Peñarol lost the game due to the bad inclusion of player Agustín Medawar, with a result of 1 to 0 in favor of Desamparados, impose a fine of one hundred tickets on the Bohemian club and suspend the player for 10 games.

With this, Peñarol and Arbol Verde, who will meet each other on Sunday at the Bohemio court, were left with 30 points in the general table (add the score of the Winter and Summer Tournaments) and the one who benefited was Sarmiento with 31 points. The Zondino club will visit Rivadavia in La Bebida and by winning will secure one more year in the First Division, condemning “Arbolinos” and “Bohemios” to having to play Local B next year.

The meeting that ended with acts of violence in Ullum after San Lorenzo and Unión faced each other also had a resolution and it was decided to sanction the ullunero club with six games without being able to play at home in its stadium, in addition to the three games played at home in another court must dispute them behind closed doors. Union, meanwhile, the games that he plays as a visitor must previously present a list with the players, coaching staff and three leaders who may accompany him.

Aberastain vs. Sportive Forsaken | Field: United Youth
San Lorenzo vs. United Youth | Court: to be confirmed
alliance vs. San Martin
Trinity vs. Union
Columbus Junior vs. July 9th
Carpentry vs. Juv. Zondina
Of the Bond vs. Athens of Pocito

The blue dollar and a significant drop at the close of Thursday: how much is it trading for?

Know what to do about itchy crotch

FORGOTTEN Uroš Ćertić calls out the girls who did aesthetic procedures, and he was the first to do them