The cocktails of summer 2022 inspired by the world of cinema 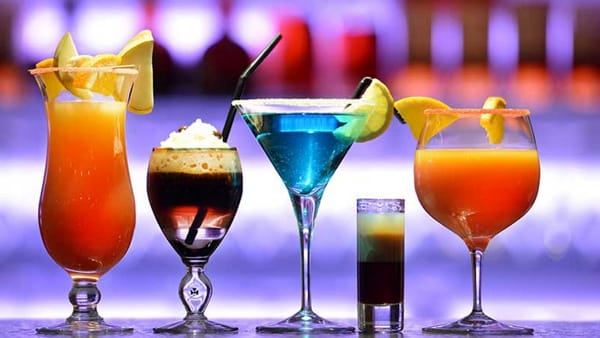 Let your guests go on a journey never undertaken before in the name of the experience of taste, aesthetic research and the ecstasy of perfume to celebrate the last 100 intense years of world cinema through the evocative power of mixology. This is the ambitious goal that the Hotel The Box in Riccione (RN) set itself, a reference point for innovation in hospitality on the Riviera Romagnola, when it decided to entrust the concept of its new drinklist to the well-known champion of the world of bartending Bruno Vanzan.

From the important collaboration, which started a careful and curious research work to celebrate the most significant authorial or interpretative stage in each of the last 10 decades on the big screen, a real guide to “Moviexology” was born, launched on the occasion of the World Cocktail Day 2022, which promises to become one of the most viral trends on social networks and on the Romagna Riviera and then inevitably, as often happens, infect the whole boot during the next summer 2022.

So let’s find out the 10 together cocktail dedicated to the last century of the history of cinemaborn from the creativity of The Box Riccione staff and the bartending world champion Bruno Vanzan. 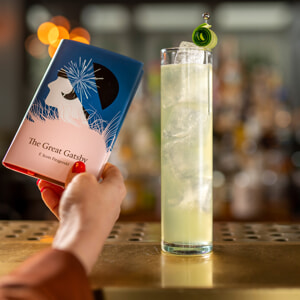 In the process of synthesizing directors, actors and sets on film Bruno Vanzan and The Box started in the 1920s, with the conception of the cocktail “One Gatsby” that celebrates the book of the same name published in 1925 and brought to the big screen for the first time in 1974 with Robert Redford: the re-enactment of those years of decadence, of dreams of glory thwarted by vanity, takes place through the mixing of cucumber-infused gin, historic green, herbal liqueur, lime and aloe soda. 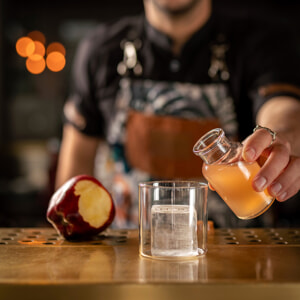 The tour in the history of the seventh art then continues in the 30s with “Eternal Youth” dedicated to Walt Disney’s “Grimilde” of 1937. Blend of Rum, Rose Liqueur, Lime, Apple Juice and Clarified Tomato Water make this cocktail silky and balanced, with a savory and intriguing finish. More than a cocktaila real emotion. 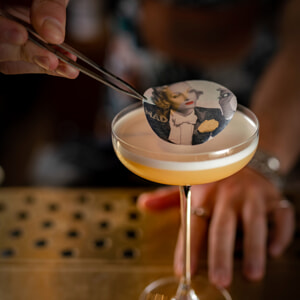 We arrive in the 40s with the “Lili Marlene”, an authentic tribute to the star of that decade Marlene Dietrich, Vodka with Ermellina, Apricot Jam, Lime, Corn Syrup and Egg White make it perfect for sour lovers. 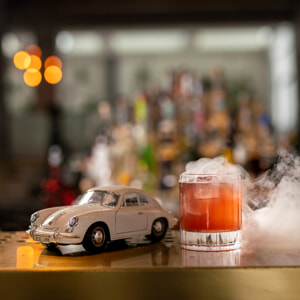 Cocktail of the same name of the famous film with James Dean of 1955, “Burned Youth” is a cocktail with a rebellious soul, which stands out for the burnt Citronella Grappa, the Elderflower and Pepper Liqueur by Timut Verjus, the Pomegranate and the Syrup Red wine. 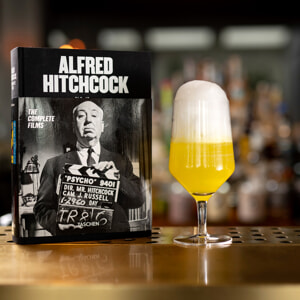 The journey then continues in the legendary 60s, with a tribute to the mania for blonde interpreters by Alfred Hitchcock, or “Alfred’s blonde”. Hitchcock’s craze for blonde actresses inspired the creation of this one cocktailwith the appearance of a beer but the taste of a cocktail refined and surprising. 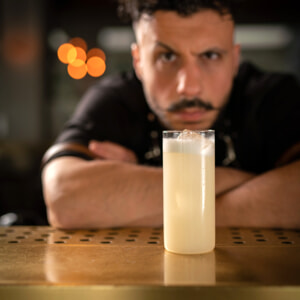 We come to Stanley Kubrick’s psychedelic visions that made the ’70s immortal: in fact, “LattePiù” is dedicated to this period, the famous drink that Alex and his gang of rascals gulp down in “A Clockwork Orange”, an iconic feature film released in 1971. Mezcal, White Whiskey, Coconut Milk and Rice, Pimento e Pineapple make it a cocktail which Alex would certainly be proud of.

“Home away from home” 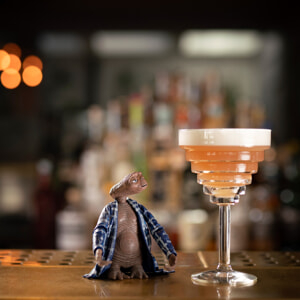 Protagonist of the phase of the glowing 80s, this one cocktail takes its cue from the 40th anniversary of the publication of “ET” which occurs just this year. Bourbon, Banana Whiskey, Porto Rosè, Chocolate and Velvet Bitters make it unique and unforgettable.

“Where is my mind” 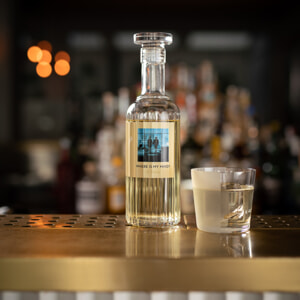 The 90s belong to the visionary and philosophical David Fincher: “Where is my mind” wants to be a tribute to the charismatic character of Tyler Durden, personified by Brad Pitt and star of “Fight Club” in 1996. A reverse Negroni based on Gin alla Genziana, White Vermouth with Palo Santo and Bergamot Rosolio ready to make us lose our minds.

“In the good and bad luck” 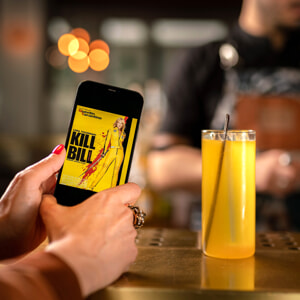 The new millennium opens instead with the epic of Quentin Tarantino, to which “In good and bad luck” is dedicated, whose aesthetic refers to Uma Thurman’s yellow-black jumpsuit in 2003’s “Kill Bill”. cocktail with exotic flavors based on Saffron Tequila, Lime, Passion Fruit, Paprika Syrup and Spiced Soda, where the yellow color and licorice powder complete the experience, immediately bringing to mind a timeless cult. 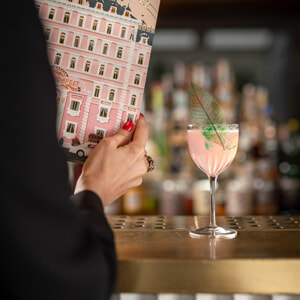 To close the list of 10 cocktail dedicated to the last century of the history of cinema we find a famous hotel on the big screen, immortalized by Wes Anderson with “Grand Budapest Hotel” in 2014. A fresh, thirst-quenching drink with “accidentally Wes Anderson” colors based on Pisco with Sage and Turnip, White Vermouth, Lemon, Pink Grapefruit and Orange Blossoms.

“Having signed this innovative and ambitious drinklist together with The Box staff is a source of great pride and satisfaction for me, celebrating at the same time the historicity of cinema and the power of mixology was an opportunity that I absolutely did not want to miss – underlines Bruno Vanzan – Being part of such an innovative project with an important cultural value is also a further stimulus to create something truly unique and which I hope will inspire people to enjoy their renewed freedom of expression and make them experience truly unforgettable moments during the summer is coming. To crown this journey between arts so different from each other, cinematography and mixology, I wanted to bring my two to Riccione. cocktail icons that have symbolized my career. Transforming the raw material into ingredients able to excite the people who drink my creations has always been one of my priorities. Let yourself be carried away by the colors and taste of our recipes and travel with us through the history of cinema he was born in cocktail“.

Video: the story behind the “ghost” patient who went to the Finochietto guard

The Ministry of Education, Culture, Sports, Science and Technology demands an explanation and justification