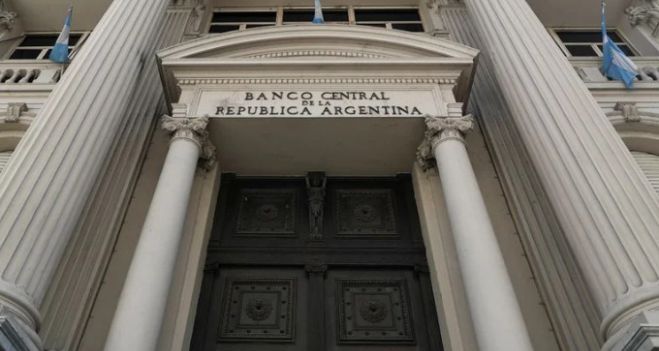 
The Central Bank decided today to keep interest rates unchanged, unlike what happened since January of this year, when every time the inflation rate was known, it responded with a rate hike. For this reason, 30-day fixed terms for the retail public will continue to pay 53% annually and the rate of Central Bank instruments will continue to pay 52%.

Why did the BCRA decide not to raise the rate in the face of growing inflation, which reached 5.3% in June and 64% in the last 12 months? To prioritize the recovery of Treasury bonds in pesos, whose prices have been falling. In a market saturated with pesos, the BCRA prefers that banks put their money in debt bonds rather than in their own instruments, Leliqs and passes.

“The market today perceives the Central Bank as less risky than the Treasury, which is why the Central Bank itself ended up competing, paradoxically, against whoever it wanted to save,” explained economist Juan Pablo Albornoz, from the Ecolatina consulting firm.

In this way, the monetary authority chaired by Miguel Pesce decided to come to the aid of the Minister of Economy, Silvina Batakis, who does aim to raise yields in debt auctions to attract abundant bank liquidity. “In the last tender, the Treasury validated a strong rate hike” they explain in the Central. They give as an example that the rate of Ledes, tendered yesterday with expiration in October, pays 63.46%.

At the same time that it decided to break the trend of raising rates once the CPI was known, as most analysts expected and as it did every month between January and June, the BCRA made another decision today. It established an “interest rate corridor” with the purpose of “serving as a reference to know if there are positive rates”, that is, that they exceed inflation. As explained, this corridor will be “made up of the interest rate of the short-term Treasury Bills, the monetary policy rate represented by the 28-day Leliq and the overnight repo rate.” In the new scheme, the BCRA repo rate will function as the lower limit and the Treasury bill rate will be the upper limit.

The BCRA decided to break the trend of raising rates once the CPI was known, as most analysts expected and as it did every month between January and June

The decision, said a statement from the Central, “is part of a strategy that simultaneously meets the following objectives: arrive at a scheme of positive interest rates in real terms for the economy, strengthen the public debt market in pesos so that it achieves depth and liquidity and gradually advance in the use of Treasury instruments as monetary policy instruments”.

With this new scheme, the BCRA hopes that both companies and individual depositors “obtain interest rates in the financial market and titles that remunerate them adequately.”

The monetary authority decided to come to the aid of the Minister of Economy, Silvina Batakis, who does aim to raise yields in debt auctions to attract abundant bank liquidity

For individual savers, the incentive to make fixed-term deposits is clearly reduced. A nominal annual rate of 53% is equivalent to a 4.4% 30-day yield, a yield clearly below the 5.3% announced today for June and July inflation, which many analysts forecast at 7%. And the risk of leaving so many pesos on the street, of course, can tempt many to dollarize in any of the possible ways that the market offers.

“Don’t they raise the rate in full acceleration of inflation? They can’t wait to distort the little good they said and the much good they didn’t say at Monday’s conference,” economist Gabriel Caamaño said on his Twitter account.

“Despite the very bad inflation data for June (and the even worse one to come in July) today the Central did not raise the rate precisely because it does not want to compete with the Treasury. The risks that the rate lags far behind inflation and that those pesos turn over to the foreign exchange market are latent,” Albornoz concluded.

It should be noted that this is the first time in the year that the BCRA has not raised the monetary policy interest rate after the inflation data is known. Previously, on January 6, after having been more than a year without any movement, it had risen from 38% to 40%; on February 17, he ordered another movement from 40% to 42.5% and in March he took it to 44.5% per year. Already in April the reference rate rose from 44.5% to 47% and in May it rose to 48 percent.

“These are things that do not depend on me”: Agustín Rossi on his renewal with Boca

Takeover of schools: the City of Buenos Aires sued 366 parents and demands more than $50 million

“He has me tired”: the strong statements that Rusherking would have shot against China Suárez

Mottolino Fun Mountain, the new “place to be” for riders, gamers and foodlovers

Georgi Avetisyan spoke about the problem of importing fish from other countries and then exporting it as Armenian fish.