The businessman decides not to raise prices. Gremi Initiative “Stop Abuse” to spread to everyone 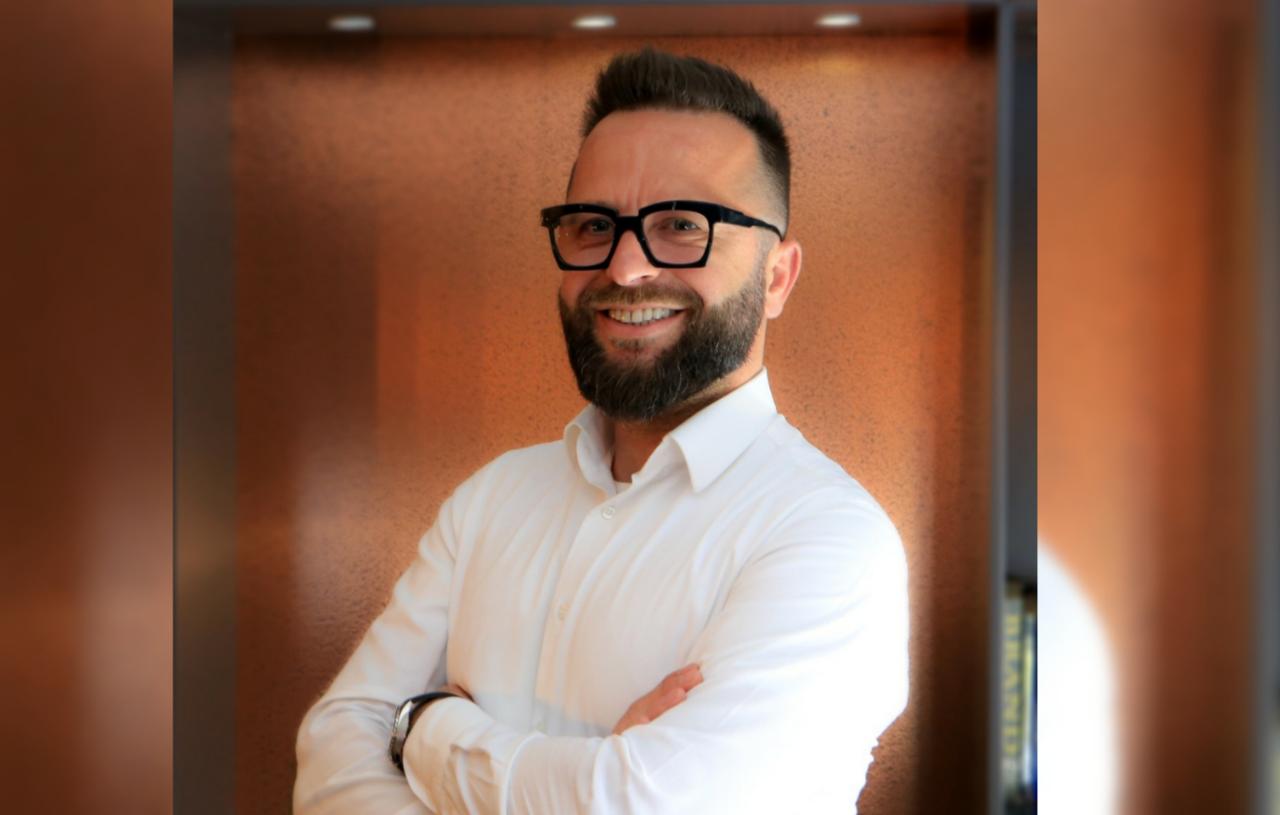 
In these days when the main topic of developments in the country is the increase of prices and the need to facilitate consumers, the entrepreneur Dritan Gremi has launched a completely special initiative. He has decided to keep prices steady in the businesses he runs.

At the entrance of each business, he has placed a logo which reads “Stop abuse, this entity will not speculate on prices to the consumer”, while inviting other businesses to join the initiative.

“The goal is for the consumer not to bear the entire burden of price increases,” said Mr. Gremi, while inviting them to denounce speculation and abuse at their expense, thus becoming an important part of the network.

“The consumer should not only denounce but also boycott any kind of abusive subject, so that they” become aware that speculation of this nature should not occur, “he said.

Mr. Gremi, what is the “Stop consumer abuse” initiative?

The initiative consists of setting up a network of cooperation between businesses, where there will also be an alliance between business and consumer. Let’s say the businesses I have, are committed to keeping prices intact, to the maximum taking into account profit margins, regardless of how much this will be affected by the increase in the price of raw materials. The goal in itself is to stop the abuse that can happen to price in these times of war. On the other hand, the consumer will closely monitor businesses in general and will report, if they are to be reported, cases of abuse that may be committed by certain entities. I would also propose setting up a B2B network where businesses themselves create a network with each other and refuse to cooperate with those businesses that unfairly abuse prices. These businesses that will become part of the network will receive a moral commitment by placing a logo that reads: “I will not speculate on prices that burden the consumer.” This commitment would guarantee the consumer in some way. On the other hand I would call on consumers to massively boycott businesses that abuse prices unjustifiably by refusing to buy consumer goods in these entities. It’s very simple: any business stands by selling, if it is boycotted it will be forced to look at prices and policies towards the consumer.

Are there currently rising prices in the wholesale market or in the raw material?

Yes. I can say one case, that the price of flour that we import from Italy for pizza has gone from 29 euros to 41 euros. In other words, this increase in the price of pizza affects 20 new lek per pizza. The question is: Will we reflect these 20 lek to the consumer or will we support it ourselves?

As for me I will not reflect. It’s something I can support myself, I’ll just be deprived of the profit margin. Because it is also a double-edged sword: If you raise prices and the consumer can not afford it, then sales will decrease. And I’m sure this is going to happen. Usually the raw material in a restaurant affects 30 – 40 percent of the total price. If the raw material increases to 20% and you reflect the increase not to 20% of the raw material but to 20% of the total value of the product, this is unfair to the consumer, it is pure speculation. I say that many prices that have risen in the market are unjustified and are being speculated.

But does a business risk not coping with this growth and at some point go so far as to lay off people?

This is where an entrepreneur’s ability to keep costs under control comes into play. The priority is not to lose balance and keep prices intact to the point that it does not affect an employee’s workplace or the business itself. If the entrepreneur until yesterday earned 10 lekë and today he will earn 5 lekë is not a big deal, he will be a little deprived of himself. It’s something that everyone should do given the situation and the time we are living. On the other hand, these businesses by creating this relationship of trust with the consumer will increase self-confidence by making people continue to consume in them, and it will definitely be a good investment for them when this situation is over.

How did the idea for the initiative come about, which you are already spreading on social networks and even creating a Facebook page?

From personal experiences I have had. I’m listing a couple of them. 4 days ago I went and bought a lighter which I have been buying for many years and historically it has cost 500 new lek. When I went to pay, the lady told me that the price had increased and had gone to 1 thousand lek, so it had doubled. I refused to buy it, I turned it back not because I could not afford to buy it, but because this increase seemed abusive and unjustified. Did you say I went to fill the car with gas ?! I do not understand where the war and crisis enter here? There everything passed in front of me. If subjects abuse the lighter, do not know what happens to other products?

Then another entity, the owner of which I have known for years and receive services from him (for ethical reasons I am not mentioning his name). Had made a 30% increase for the service he provides. Even that increase seemed unjustified to me. The way they served him without any argument, suggests that he had just jumped on his head that he needed 500 new lek more for this service. Seeing the situation, I read it as an impetus for what is happening. Analyzing his service, that increase is not related to any of the elements that have influenced the rise in prices in the world today. And I decided that I will not trespass on this subject anymore, despite the fact that I have a certain friendship and I have been frequenting it for a long time.

So you are saying that you will manage to influence with this initiative that the market does not move prices and you believe that this is not achieved through protest?

This is a protest! I am a born rebel and in my own way I protest every day. I have nothing against citizen protests in the streets and any other form of civil protest, which does not bring burning, destruction and violence, but I think that concretely this is the protest and the best way to solve the problem we have.

In addition to abusively raising prices I see other problems that we need to anticipate NOW. For example, I see another big problem, which is related to the next tourist season. Unfortunately, Ukraine is experiencing a dramatic situation that will have serious economic consequences not only for food and energy products but also for tourism. In 2021 the number of Ukrainian and Russian tourists in Albania was almost 242,000. My question is: Does our state and stakeholders have a plan on how to fill this significant revenue gap? That life goes on even in war. We will open the doors, we will make the season, the state expects taxes from those people who will come. This is a real problem.

How do you think your initiative can work and will you share it with the institutions?

The government I think should and has the capabilities to interact. She can send a kind letter to all subjects, inviting them to commit that they will not abuse prices in this war situation. Thank God we do not live in a totalitarian society where the state imposes prices, but we are living in a slightly different situation, where the state must balance the relationship between business and the consumer.

As it did with the National Council, which invited citizens to speak out on certain issues, let it do the same for small and large businesses to commit to not raising prices. No one can say you did not tell us, and if a moment comes that he speculates let him listen.

In this case the consumer becomes the determinant, monitors it and where he should denounce it, with photos, name and product that he has sold or is being abused. The consumer should also boycott this kind of subject, disgust him, so that they become aware that speculations of this nature should not occur.

How can citizens and businesses be stimulated to join the initiative?

To make this network as benevolent as possible, and for this partnership between the entities and the consumer to function, another step can also be taken. With all entities that adhere to this initiative “Stop speculation against the customer” to create the opportunity that within the network, each customer can benefit discounts or offers. I believe this would encourage even those who are not part of this initiative to unite. 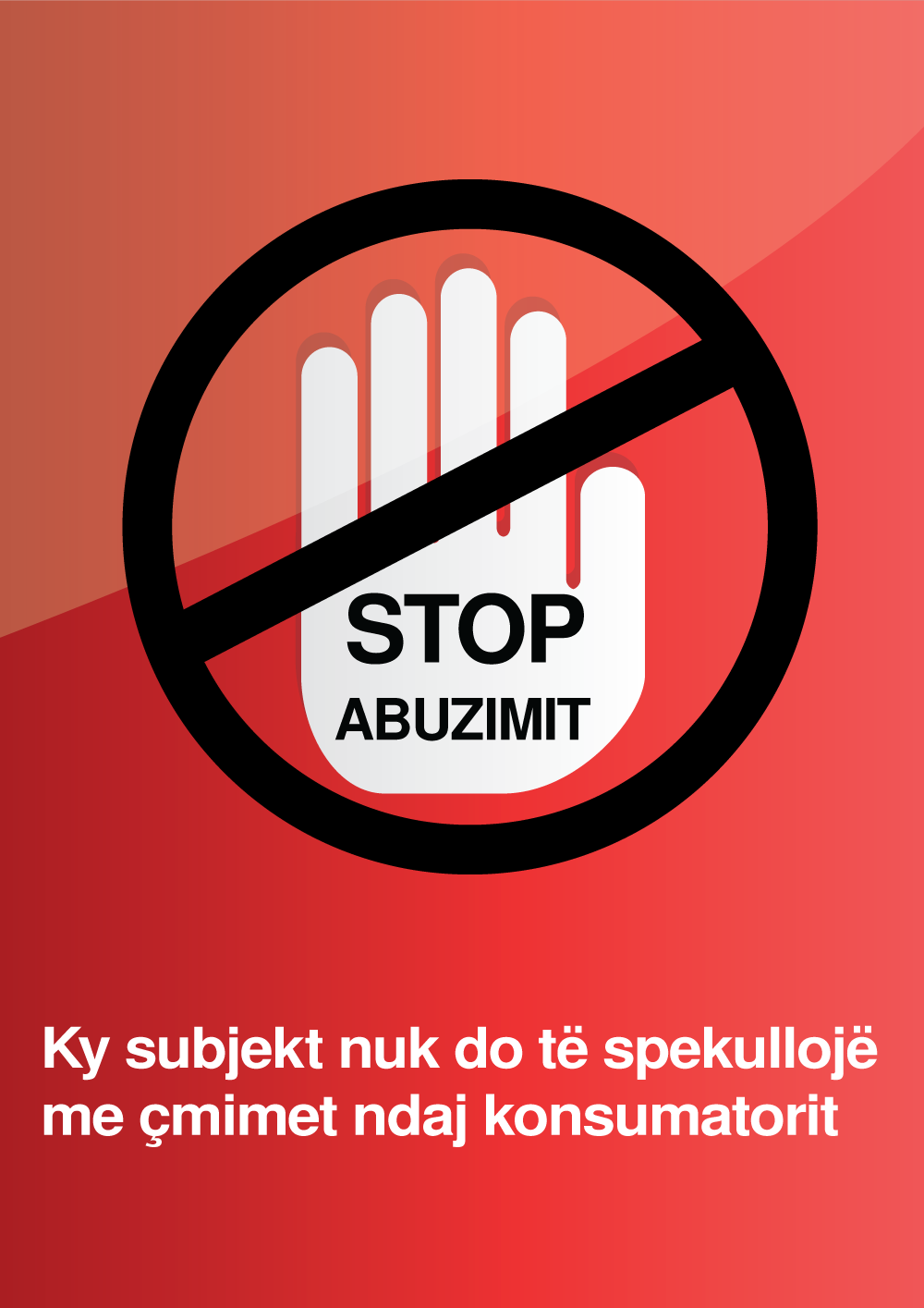 Nico Tivani did it again: he closed Saturday with gold and San Juan adds 20 medals

Justice condemns ASSE for persecuting and trying to silence an official

What did Guardiola reply? The Premier League team that asked City for the loan of Julián Álvarez

In the Sumy region, a truck ran over 11 minutes, the driver died on the spot – OVA