The blue dollar recorded an increase of six pesos and closed at $318 The Central Bank closed the round with purchases for the third consecutive round. 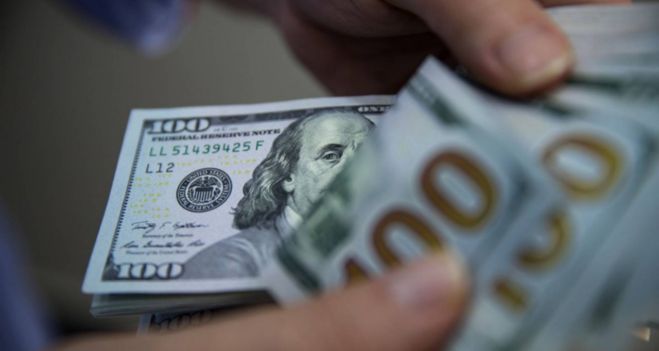 
The official dollar was located today at an average of $172.24, with a rise of 39 cents compared to Wednesday, in a day in which the Central Bank managed to close with a purchase balance for an estimated amount of US$ 1 million, with which accumulated three consecutive rounds with a positive balance.

In the informal segment, the so-called “blue” dollar registered an increase of six pesos, to $318 per unit.

In the wholesale segment, the US currency ended with an increase of 37 cents compared to the previous close, at an average of $165.21.

Thus, the dollar with the 30% surcharge -contemplated in the COUNTRY tax-, marked an average of $223.91 per unit, and with the advance on account of the Income Tax of 35% on the purchase of foreign currency, to $284 ,19.

Market sources estimated that the monetary authority ended today’s session with a buying balance of US$1 million.

“Today’s holiday in the United States had an impact on the volume traded in the spot segment, which was below the daily average for the month,” said Gustavo Quintana, an analyst at PR Corredores de Cambio.

The volume traded in the cash segment was US$166 million, in the futures sector of the Mercado Abierto Electrónico (MAE) operations were registered for US$77 million and in the Rofex futures market US$579 million were traded.

How long should I wait to bathe after eating?

The reasons behind tonsillitis are; What happens if left untreated?

New debts of 100 million euros and 100 million dollars. loan agreements were signed at the Ministry of Finance

Armenia’s trade with Russia will be reduced. Deputy Chairman of the Central Bank

iPhone: good news if you want to buy an Apple smartphone! Follow us