The auction of sneakers designed by designer Virgil Abloh who died in November, reaches 25 million dollars 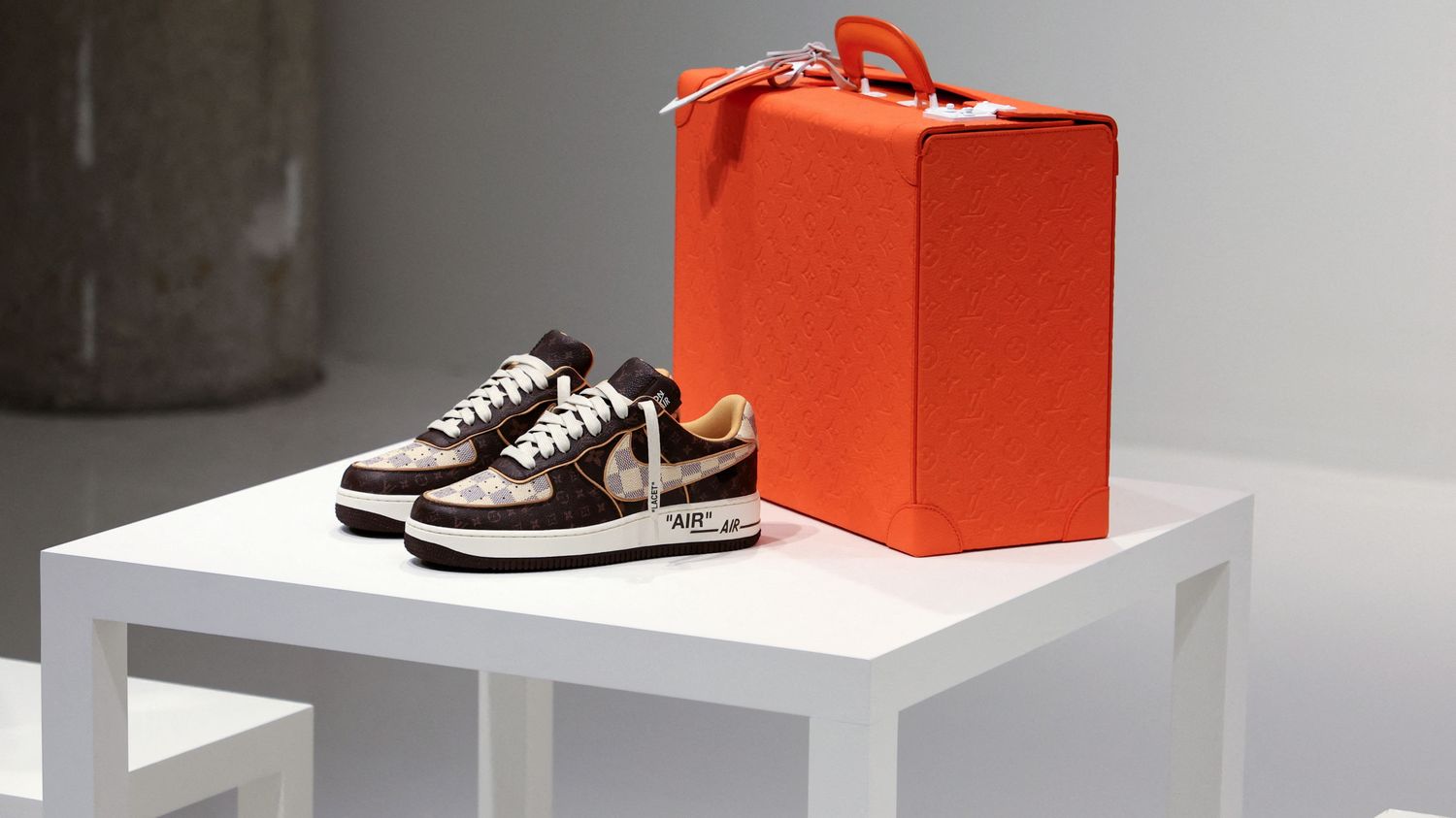 
More than 100,000 dollars per pair on average, up to more than 350,000 for the most expensive: the sale of 200 lots of Vuitton-Nike sneakers designed by the American designer Virgil Abloh shortly before his death totaled more than 25 million dollars at Sotheby’s, an unprecedented operation.

These figures greatly exceed the first estimates of the auction house, which bet on a range of 5,000 to 15,000 dollars per pair, and had started each auction at 2,000 dollars. Exclusively online, the auction had started on January 26, according to a carefully chosen tempo, only six days after the presentation in Paris of the very last collection of the artistic director of men’s fashion at Vuitton, in front of an emotional audience bringing together Rihanna, Kanye West or Pharrel Williams. Popular among young people, able to make the synthesis between luxury and streetwear, Virgil Abloh died on November 28, 2021 of cancer, at the age of 41, leaving the fashion world in shock.

According to Sotheby’s, more than 1,200 potential buyers from more than 50 countries around the world participated in the auction. More than half of those who won the lots are under the age of 40, and collectors from Asia represent 40% of end buyers. “From the moment the auctions were launched, there was an electric energy” and “we broke the record for the most offers for a first day of online sales”explained Brahm Watcher, head of streetwear and modern collectibles at Sotheby’s, quoted in the press release announcing the result.

According to Sotheby’s, Louis Vuitton and Nike, the American had participated in the organization of the sale of the sneakers before his death. Profits will be donated to the “Virgil Abloh Post-Modern Scholarship Fund“, a scholarship supporting the training of students of African American and African descent.

The 200 identical pairs of Air Force 1 – a model that celebrates its 40th anniversary in 2022 -, in brown, white and cream colors and featuring the famous checkerboard and logo of Louis Vuitton, property of LVMH, and the Nike comma, were sold separately. The model was presented last June for Louis Vuitton’s spring-summer 2022 collection, in different colors, which the brand intends to sell in a limited edition in the future.

At auction, the most expensive pair, a size 5 (36 in Europe), fetched $352,800, a record for a pair of Air Force Ones in this type of sale, according to Sotheby’s. Each set also included an orange Pilot briefcase bag

For years, sneakers have become collector’s items that can sometimes be snapped up for tens of thousands of dollars. To give themselves a facelift and expand their clientele, the big names in luxury have become accustomed to creating collections in partnership with sports or streetwear brands, like Dior, another LVMH brand, with Jordan. Auction houses followed the same path.

The “Air Force 1” soon to be exhibited in Brooklyn

In the history of the most expensive sneakers, the records belong to unique models worn by sports or hip-hop legends. Last April, a pair of sneakers Nike Air Yeezy 1, worn by rapper Kanye West had reached 1.8 million dollars at Sotheby’s. In October, a pair of sneakers worn by NBA superstar Michael Jordan early in his career sold for nearly $1.5 million.

The Abloh legend will continue. The one who created the Off-White brand will be the subject of a retrospective from July 1 at the Brooklyn Museum in New York.

LET HIM BE HARDER THAN ME Dalila can no longer tolerate humiliation from Philip: I don’t play the way he plays, I don’t care!