The 16-year-old triumphs in Taekwondo/ The red and black athlete wins in Slovenia, qualifies for the Olympic Games 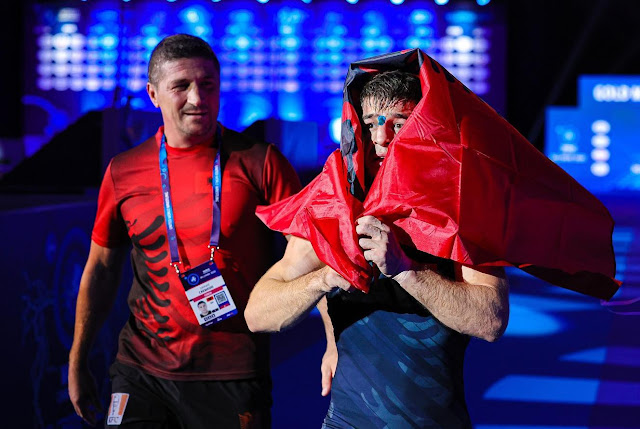 
Apparently, this weekend the successes for Albanian sports are not over. Ceceni Abakarov, who represents Albania in wrestling, was declared world champion in the 57 kg category in Belgrade, defeating the American Thomas Gliman.

An unusual thing since for the first time in wrestling Albania already has a World Champion. Contacted by Vizion Plus a day after the race in Belgrade, Abakarov confessed his emotions and thanked the Albanians for their support.

I am very happy for yesterday’s Slovenia Open G2 achievement. I took the first place, even though I expected this result, because 1 month ago I was announced as the fifth place in the world championship. Many more championships await us which are valid for the world championship list, now I am waiting for the Olympic Games Paris 2024.

Meanwhile, the president of wrestling Sahit Prizreni expressed his gratitude to the result that the athlete gave, stressing that the Russian kept his word when he fought for the red and black flag.

Also in the discipline of Taekwondo, Ernest Merdanaj makes us proud by being declared champion in Slovenia Open G2. The Albanian athlete dominated the qualifying competition for the Paris 2024 Olympic Games, winning three matches in Slovenia.

Barcelona lost in the League and it's news

‘They are all murderers! You must be killed!’

​How Isokon fertilized the history of 20th century art​