Thanks to a penalty kick! Iceland took top honors in the friendly against Vinotinto 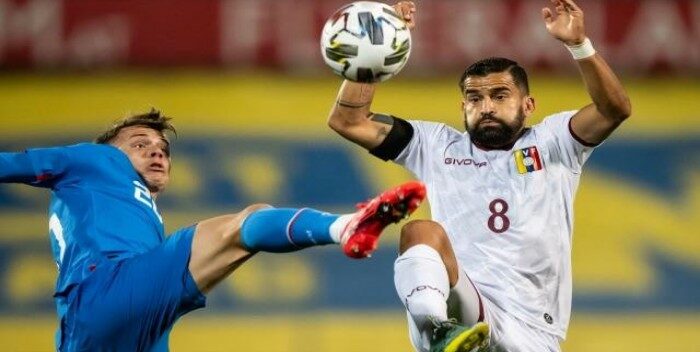 
A blunder in the last minutes of the friendly match of the Red wine, ended in the collection of a penalty kick that ended up giving him the victory over Iceland 1-0 at the BSFZ-Arena stadium in Vienna (Austria). A game that was shaping up to be a draw and that ended up being a great victory for the Europeans.

Iceland sentenced the match in the 87th minute, with the only goal of the game, thanks to a Isak Jóhannesson penalty. In this match, the Creole team tried, without any success, to win the victory just as they did in the previous matches they held against Malta and Saudi Arabia during the first days of June.

And it is that in the first half of the game, both teams took the friendly nature of the match literally, since they focused on defending rather than reaching the rival goal.

During the first minutes of the match, Iceland kept Vinotinto on the ropes with a series of crosses that forced those led by Joseph Perkerman fall back and defend.

However, twenty minutes later, a shot on goal by Solomon Rondon almost violates the rival arch, but without the expected success.

Meanwhile, Iceland did not show many variations in their offenses and found a block in the Venezuelan defense.

After the heavy rains! INEA suspended the sailings in five states of the country

In Germany, due to the gas crisis, they want to extend the operation of existing nuclear power plants and turn on disabled ones

In Kharkiv, the Russians fired at the subway depot, there is a victim

Vahan Kerobyan ․ “If we fix the price of gas in rubles, it will be a great success”