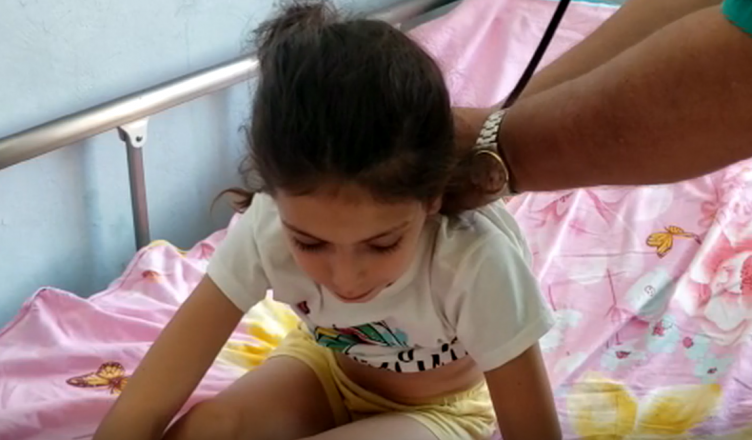 
The high temperatures of the last 10 days have brought health problems to children of all ages in Berat.

The Pediatrics Department at the Berat Regional Hospital has had an increased influx of children affected by seasonal viruses. The influx of children has been increasing day by day, while the situation is more problematic during the weekend, when health centers are closed and floods borne by the hospital. Pediatricians state that the visits have increased a lot and their number has reached more than 50 visits every day, while at the weekend the number of visits ranges from 120-150 visits.

The Head of the Pediatrics Department at the Berat Regional Hospital, pediatrician Vladimir Kumaraku stated that the increase in temperature has increased the number of viruses in children in Berat. According to Kumarak, children of all ages are affected by seasonal viruses. come with a temperature of up to 41 degrees, accompanied by vomiting, gastrointestinal disorders and rupture and bodily pain, where the most affected are children from 0-4 years. These children, he stated, are being treated with infusions, antipyretics and fever sedatives

.Kumaraku has confirmed that another serious concern that has been noticed this week are the cases of children who have come to the Pediatric Department with signs of ice cream intoxication or consumption of uncontrolled products sold in kiosks near schools and these are the children of 9-year schools.

Kumaraku has appealed to parents to take care of their children and not to leave themselves in the gardens, exactly at this period when insect bites or snake and dog bites begin.

By Pass of Vlora, almost at the end of June! Another 2 km of road to be completed

The more alcohol you drink, the more your brain shrinks – how much you can drink in a day

“Classic Russian schizophrenia”. The Presidential Office responded to Lavrov’s threats to “help get rid of the anti-people regime” in Ukraine

The Government removed social distancing: it insists on the chinstrap but there are provinces that removed it