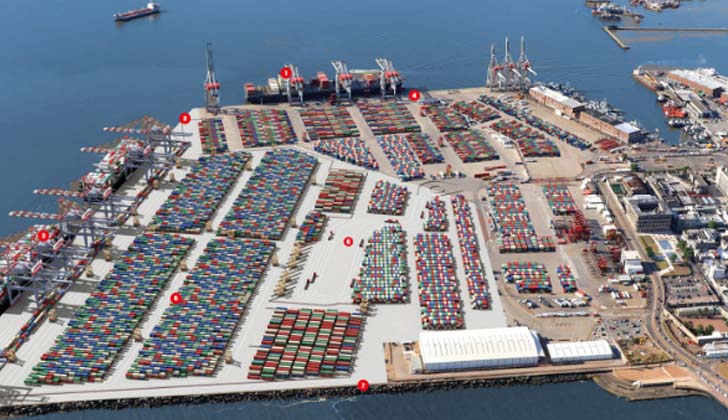 
The Board of Directors of Terminal Cuenca del Plata (TCP) – a company made up of Katoen Natie and the Uruguayan State – approved the award of the works to the company Jan de Nul, which provides services in port construction, dredging and offshore energy production .

According to TCP, the company will be in charge of the project and the works together with other local and foreign companies of the first world level.

It will carry out expansion works for the Terminal in the port of Montevideo, which “will increase its capacity, the quality of its services and strengthen its flexibility and sustainability.”

TCP estimates that around 1,000 direct jobs and 5,000 indirect jobs will be created for Uruguayan labor.

The works will lead the port of Montevideo to be the first sustainable terminal in South America, “since it will provide electricity to all docked ships and prevent them from having to be on permanently, consuming fuel with its corresponding noise pollution, vibrations and emissions of polluting substances”, highlighted TCP.

The new infrastructure that will make the technological and environmental leap possible is called “cold ironing”.

Although the works will culminate in 2025, in any case in 2024 “the first berth will be inaugurated and new cranes, other equipment and additional labor will be incorporated.”

The works will also improve the fishing and recreational capabilities of the Sarandí breakwater, the shipping company said.

TCP’s Institutional Relations manager, Fernando Correa, expressed his satisfaction at the start of the works. “We are eager to take this great step that is not for the port but for the entire country. This has a positive impact for the environment, for the community, for the generation of employment and, of course, for foreign trade and the economy of Uruguay”.

For his part, the general manager of TCP, Vincent Vandecauter, indicated that the projected investment will exceed the initial estimate. “The investment in the works will surely be above the amount that we had committed to the Uruguayan State. But, far from being a problem, it is a huge opportunity, because it means that we are going further, that we set ourselves ambitious goals as a country and that we can achieve them”.

“It is a clear example of what the State and the private sector can do together for the country to grow. Uruguay has a historic opportunity and it is important that we all be united and in harmony, raising our sights, to take advantage of it”, he declared.

Why isn't Black Friday the enemy of merchants?

With state support, more than 1,300 pedigree cattle were imported to Armenia

Norway, Denmark and Iceland have promised to help Finland and Sweden in the event of an attack before they join NATO

Video: This is how the victory of the Argentine National Team was celebrated in Bangladesh

The network has published a video with the participation of the Finnish Prime Minister dancing at the party. The 36-year-old politician reacted