Superdévoluy, the lost illusions of a ski for everyone In 2022, after two years of station closures, sliding on the slopes is not within everyone’s reach. Superdévoluy, a ski resort in the Hautes-Alpes, has long been an exception.

A large snow complex, offering all the ingredients for mountain holidays at low prices, Superdévoluy embodied the fragile hope of skiing for all. Faced with large resorts and climate change, does its model still hold?

The history of Superdévoluy begins in the 1960s, the golden age of ski resorts, which then flourished in the French mountains. Located in the spectacular but remote Dévoluy massif, the future resort has little to offer, far from the heady heights of the Northern Alps.

The society of Great Works of Marseille, seduced by a history of favorable sunshine and snow cover and adequate relief, nevertheless took the gamble and drew up the plans for what was to become, during the 1960s and 1970s, Superdévoluy. The ski lifts inaugurate a ski area that reaches 2,500 meters, an honorable and sufficient altitude to attract visitors. 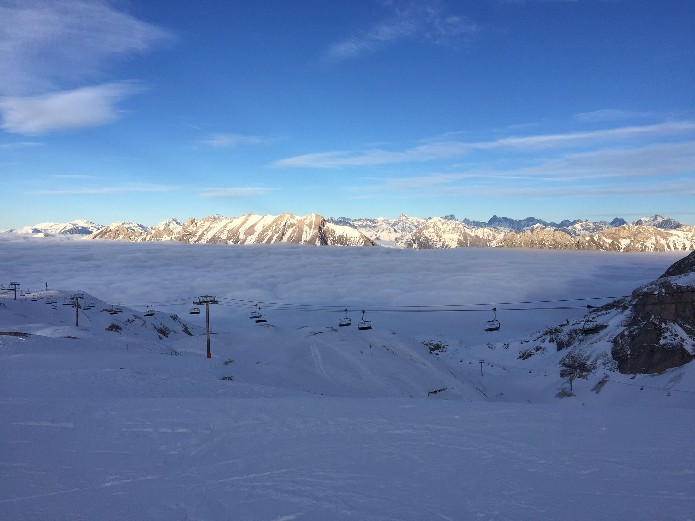 At the top of the resort slopes, winter 2022 | Simon LeNew

Superdévoluy stands out in the formula it offers. Far from the cozy little chalets, the Grands Travaux de Marseille and the architect Henry Bernard are preparing a huge building, more rational than poetic, to house the thousands of expected visitors. Modernity takes precedence for the comfortable and inexpensive accommodation intended for Superdévoluy skiers.

On the ground floor, a few shops offer basic services, all in sobriety. The large complex of Superdévoluy, an all-in-one formula to attract families from the Glorious Thirties, does things well. And is embarking on an original model, which makes the resort even more accessible to the middle and working classes: timeshare.

For some of the apartments in the residence, each accommodation is in fact sold to several families, each of which has a right of use for one or more families. Philippe, a historical follower of the resort, has known this timeshare system since the 1970s: “My family had bought a cheap right to use an apartment, and we had the right to go there for two weeks during the Easter holidays, every year. It was great because it was very affordable for all social classes, and the apartments were really modern and comfortable.”

Climate change is precipitating the downfall of the ski industry

Superdévoluy surfs on its modernity and attracts. The residences, barely built, are full and allow the resort to expand. In the 1980s, the area merged with that of Joue du Loup, a more conventional neighboring resort. Visitors flock in, particularly from Marseille, which the motorway near Gap can be reached very quickly. If the stays are not free, the skiers of Superdévoluy are far from being wealthy. The middle class has adopted the station, which has become, in the words of Le Figaro, “the two horses of snow”.

In France, snow classes appeal to children from public schools. If access to sport, holidays and modern comfort are becoming more democratic, why not skiing? With its concrete building, its cliffs and its timeshare, Superdévoluy inspires dreams of affordable, universal skiing for everyone.

Skiing at Superdévoluy in 2022 does not really look like a proletarian experience, however. If the concrete building and the old ski lifts are still there, the weekly budget of visitors has increased a bit. The shopping malls, the heart of the resort’s atypical model, have been filled with more varied shops, at more uninhibited prices. The brand new detachable chairlifts have increased the cost of packages, which are no longer really free. It is necessary to count 192 euros per week and per person, 67 euros for three days by choosing your weekend well. Would the “two snow horses” be upmarket?

To overwhelm the station would be unfair, as it has had to face the last thirty years with the appearance of a challenge. Superdévoluy has suffered from intense competition from large, ever more modern resorts, attracting ever more foreign skiers. The French have slowed down the pace, gradually shying away from skiing, which has become too expensive and too elitist. In 2018, according to Loisir Enchères, only one in ten French people plans to go skiing.

In ski resorts, the staggering escalation of real estate prices

In Superdévoluy, housing is less and less full, charges are increasing, the model of timeshare is jamming. Climate change gave the coup de grace, threatening the snow cover of the resort, which culminates “only” at 2,500 meters.

Timeshare, the real estate symbol of the popular resort that Superdévoluy wanted to be, ended in 2015. The apartment where Philippe was staying was sold. Part of the residence is, however, resold to former residents, at very advantageous prices. For Philippe, who bought a new apartment, it was “a really attractive price, and the satisfaction of seeing that the residence retains a side as before, with very diverse profiles”. 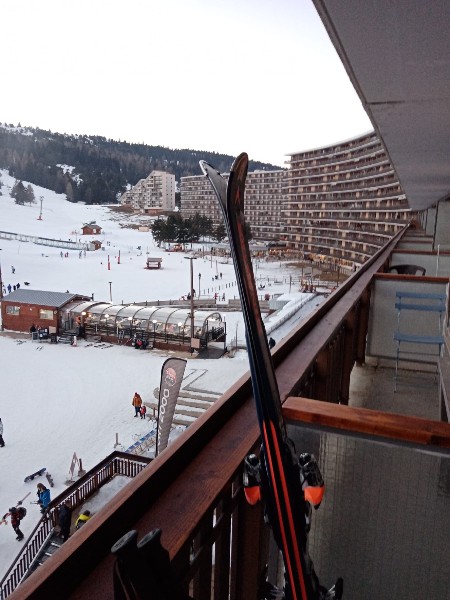 Superdévoluy version 2022 is between several fires. Determined not to die, it partly accepted competition from other stations, launched into snow cannons and modern chairlifts, but also in the massive installation of solar hot water. The prices inevitably reflect this. A ski pass, accommodation, ski hire and something to eat: the bill quickly climbs into the hundreds of euros per week.

However, Superdévoluy is not yet like the others. Attracting mainly skiers from the South-East, it has not yielded to the luxurious trends of other alpine resorts. Some signs in shopping malls have retained a rigorously accessible character, on the edge of decay. Above all, the intact and spectacular architecture serves as a reminder of the proletarian ambition of this large resort complex.

What future for “Super D”?

It’s hard to say today what Superdévoluy will look like in 2030 or 2050. It’s tricky to think, however, that it will remain the symbol of the popular and accessible resort it has always been. The health crisis has weakened the resort, for which the 2022 season was already decisive. If skiers have been far from shunning Superdévoluy for ten years, the increase in prices inevitably scares away the most modest fraction of visitors. Those who made the interest and the hope embodied by the “two snow horses”, in the difficult ambition of the democratization of winter sports.

Stop getting us drunk with skiing

But is skiing for all only a matter of price? If Superdévoluy offered super attractive stays, would it see the mass return of the most modest families? The interest of the youngest in skiing, less accustomed to skiing than baby boomers, is not obvious. Above all, the climate crisis threatens the Superdévoluy model even more than price inflation. In 2018, a report by the Court of Auditors invited medium-altitude ski resorts to diversify their offer in order to survive.

The snow cover, historically satisfactory in Superdévoluy, is far from guaranteed in the coming years, due to the rise in temperatures. Preparing for the future, all the towns surrounding the resort have launched a plan to diversify tourist activities in the Dévoluy valley.

Will the magnitude of the stakes prevent the resort from retaining its less well-off skiers? Stuck between the “proletarian” heritage to which it clings and the immense climatic and economic challenges it must face, Superdévoluy is at a crossroads. French skiing too.

On the evening of May 3, Russian troops fired 18 missiles at Ukraine, at least eight were shot down – Air Force of the Armed Forces of Ukraine

During the covid-19 epidemic, only one positive case was registered in “Abovyan” prison

Aronian is the ninth in Tata Steel super tournament. The winner is Carlsen