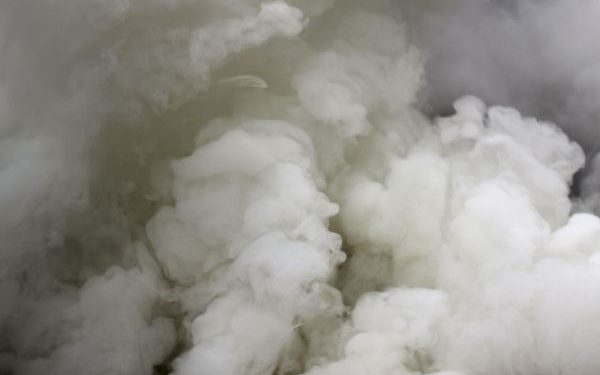 
Quickly, the smoke of democracy has been vanishing. Voices are heard that claim to vindicate the impossible. Or erect absurdities. But such contradictory intentions, far from achieving some of the promises on which different opportunities could be found in favor of the construction of realities of necessary interference for development, ended up affecting growth proposals capable of motivating the ideology that would have inspired the progress that it presumed. deserve the country

At the end of the journey undertaken in the first twenty-three years of the 21st century, it could only be observed that the realities had diverged profusely from the commitments that supported the declarations that shaped the story of having a country that matched the wonders outlined by the national geography. .

It was that democratic Venezuela, whose foundations were begun after the first half of the 20th century. Although its construction was not completed in proportion and dimension. However, entering the third decade of the 21st century, the betrayal took the form of a country. The lies that served corruption to change the profile of the political system with a democratic accent and configuration configured what was later seen as the corpse of justice.

Deep hopes that, in principle, would have carved out the path that would trace the route by which Venezuela would define its path in the time marked by the 21st century, quickly faded.

The story that had been being written seemed to have been erased from one moment to another. The sequence that had been transcribed on its pages was interrupted. A devastating report prepared by the United Nations Organization, published at the beginning of the third week of September 2022, made clear the damage that furious politicians inflicted on Venezuela. Venezuelan politicians won over to the world of impudence and protected by unhealthy impunity.

When shamelessness dressed as “socialism”

This situation was to be expected, since the prevailing political regime in Venezuela based its government model on an ideology that could not be compared with the establishments that set the national culture. Hardly, the postulates that guide the socialist ideology are the wrong reflection of a revolutionary current that has greed, hatred and resentment as supposed political values. Hence, the situation has become a vulgar anarchy.

The value of the Venezuelan State, to say what the governmental executions order, full of poisonous intentions, accounts for what evil determines in the conscience of those who make State decisions. That is, those who formulate and administer government policies.

Jean de la Bruyere, a French writer and philosopher of the 17th century, was right when he said that “the wicked are like flies, which run through the body of men and only stop at the sores.” It is the fixation under which the evildoer acts. For this reason, politicians who act infused by conditions of such ilk, seek revenge in advance.

In the absence of government and statelessness

And the exercise of politics is often tempted by this type of behavior. Above all, when they tend to cover up preferences under the guise that allows the politician to act between two opposing flanks. Perhaps, given this reason, the philosopher Jean-Jacques Rousseau said “what is bad in morals is also bad in politics”.

It is not difficult to deduce that some explanatory reasons for the contradictory nature that reveals the foolish behavior of those who are engulfed by evil, are demonstrative of the moral and ethical corruption that inhabits the conscience of questioned characters consumed by greed that grossly demands praxis. of micropolitics.

Precisely, in the middle of this scenario, corruption, human rights violations, resentments and bad habits are parked. There, they become determinations that become contaminations of morality, ethics and freedoms. And falling into the depths of such a dark void is like drowning in the midst of the disaster of socialist misrule. EITHER plunged into Bolivarian anarchy.

The biggest challenge facing children in Kerala; When affected by sexual exploitation and the ‘Long Kovid’ crisis

5 great reasons why you should eat spring onions every day

HE WAS HAPPIER WITH MAYA! Peca’s friend revealed the real reason for his reconciliation with Suboticka