Study / This simple test reveals the risk of dying in the next 10 years! Here’s what you need to know 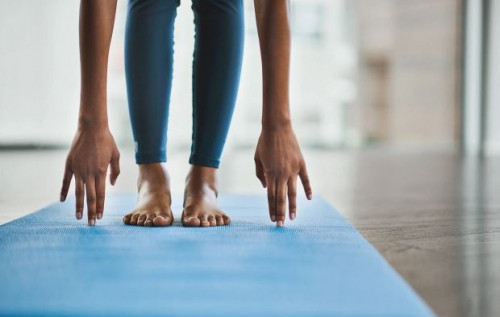 
A simple balancing test has managed to detect the risk of death in citizens in the next 10 years.

People who are unable to successfully pass the test are twice as likely to die of old age.

A group of scientists from Great Britain, USA, Australia, Finland and Brazil have studied 1702 people. Participants in this study were white Brazilians.

At the start of the study, participants were asked to stand on one leg for ten seconds without leaning anywhere, The Guardian reported.

They were asked to rest the toe of one foot on the back of the other foot and keep their arms straight looking forward.

One-fifth of them failed the test, although they were given the opportunity to repeat it 3 times.

During the 12-year period of this study, 123 people died from various causes.

The researchers came to the shocking conclusion that those who had not been able to balance their posture were more likely to have died.

The inability to stand without leaning on one leg for 10 seconds was accompanied by an 84 percent increase in the risk of death, from any cause.

This conclusion was reached after calculating other factors influencing the risk of death, such as gender, age and health conditions.

But all participants were white Brazilians, so the discovery may not apply to all ethnicities.

The scientists said that “the 10-second balance test provides useful information about the risk of mortality in middle-aged and older men and women.”

Balancing becomes more difficult when one gets older, as it requires not only muscular strength, but coordination, vision and a quick-thinking brain.

Given these findings, the researchers, led by physician Claudio Gil Araujo, believe it should be a standardized test.

Dr. Gil Araujo and his colleagues have also conducted such an experiment before. The ability to sit and then rise from the floor is another strong predictor of death risk in older people, as this test reveals a person’s musculoskeletal ability.

Participants were rated from 1 to 10 points based on how easily they could be lifted off the floor with minimal support, such as a hand.

A score of five is obtained if you can sit on the floor without assistance.

Five more points are achieved if you can get back on your feet without using one hand, knee, forearm or anything else to lean on.

One point is deducted for any support you need to perform the exercise, e.g. (putting your hands on your knees as you stand up).

Compared to those who scored eight or more points, people who scored below eight points are twice as likely to die.

“I did not believe him”: Sabrina Carballo referred to the panic attack suffered by Locho Loccisano

Embankment in Vasylkiv to be named after Boris Johnson – mayor

Covid 19 situation / Ministry of Health: 17 infected citizens and no loss of life in the last 24 hours