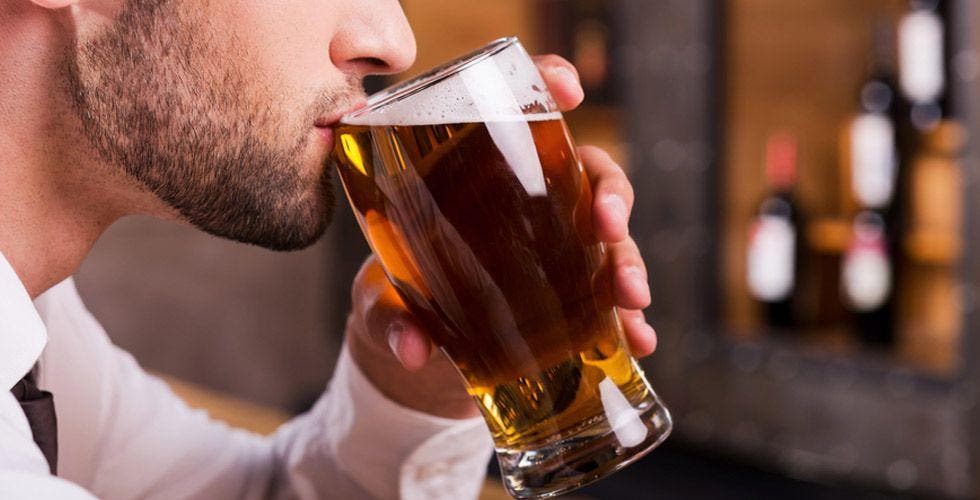 
That consuming alcohol in excess damages the brain has been known for a long time, but, if the consumption is modest, also? Well, according to a new study published in Nature Communications, a few glasses of wine or a few beers a week are also harmful.

Excessive drinking causes alterations in the structure and size of the brain that are associated with cognitive deficiencies. There is solid evidence of that.

However, in recent years, some studies have suggested that moderate levels of alcohol consumption may not have an impact, or even light consumption may benefit the brain in older adults.

To find out to what extent drinking alcohol is harmful, an international team led by the University of Pennsylvania (United States) analyzed data from more than 36,000 adults and found that light and moderate consumption was associated with a reduction in total brain volume.

The researchers showed that the relationship became stronger the higher the level of alcohol consumption.

For example, in 50-year-olds, as the average alcohol consumption among individuals increases from one unit of alcohol (about half a beer) a day to two units (a pint of beer or a glass of wine), changes occur. associated in the brain equivalent to aging two years.

Going from two to three units of alcohol at the same age was like aging three and a half years, according to the study.

Subtle patterns: half a beer and one beer a day

“The fact that we have such a large sample allows us to find subtle patterns, even between drinking the equivalent of half a beer and one beer a day,” says Gideon Nave, lead author of the study and a faculty member at Penn’s Wharton School.

“These findings are in contrast to scientific and government guidelines on safe alcohol consumption limits,” warns Henry Kranzler, who directs the Penn Center for Addiction Studies.

“For example, although the National Institute on Alcohol Abuse and Alcoholism recommends that women consume an average of no more than one drink a day, the recommended limits for men are double that, an amount that exceeds the level of consumption associated in the study with decreased brain volume.

Until now, numerous investigations have analyzed the relationship between drinking and brain health, with ambiguous results.

These investigations, however, lacked the power of big data sets, whereas this study is based on brain MRI scans of over 36,000 adults from the UK Biobank (a huge genetic database of half a million people between 40 and 69 years old that is used as an open access resource for scientific research).

“Having this data set is like having a microscope or a telescope with a more powerful lens” because “you get better resolution and you start to see patterns and associations that you couldn’t before,” says Nave.

To understand the relationship between alcohol consumption and the brain, it was essential to control the variables that could cloud the result. To do this, the authors took into account age, height, laterality, sex, smoking habit, socioeconomic level, genetic ancestry, and area of ​​residence, and corrected the brain volume data according to the size of the head.

The volunteer participants of the Biobank had answered the survey questions about their levels of alcohol consumption, from complete abstention to an average of four or more units of alcohol per day.

“It gets worse the more you drink”

When they grouped them by average consumption levels, a small but obvious pattern emerged: the individual’s volume of gray and white matter was reduced.

Going from zero to one unit of alcohol didn’t make a big difference in brain volume, but going from one to two or two to three units a day was associated with reductions in both gray and white matter. “It’s not linear,” says Daviet. “It gets worse the more you drink.”

Even removing heavy drinkers from the analyses, the associations held and the scientists found that the smallest brain volume was not localized to any one brain region.

In future work, the authors hope to leverage the Biobank and other data to help answer other questions such as whether drinking one beer a day is better than none during the week and then having seven on the weekend.

“There is some evidence that heavy drinking is worse for the brain, but we haven’t looked at it in depth yet,” Nave concludes.

Have the information instantly on your cell phone. Join the Diario Primicia group on WhatsApp through the following link: https://chat.whatsapp.com/ThePJiFkPVvrEs3MAmCh7qY

We are also on Telegram as @DiarioPrimicia, join us here: https://t.me/diaryscoop

Doctors say: Never drink hot coffee, this is the serious disease you are at risk of

In Berlin, Fernández once again proposed food and energy for Europe