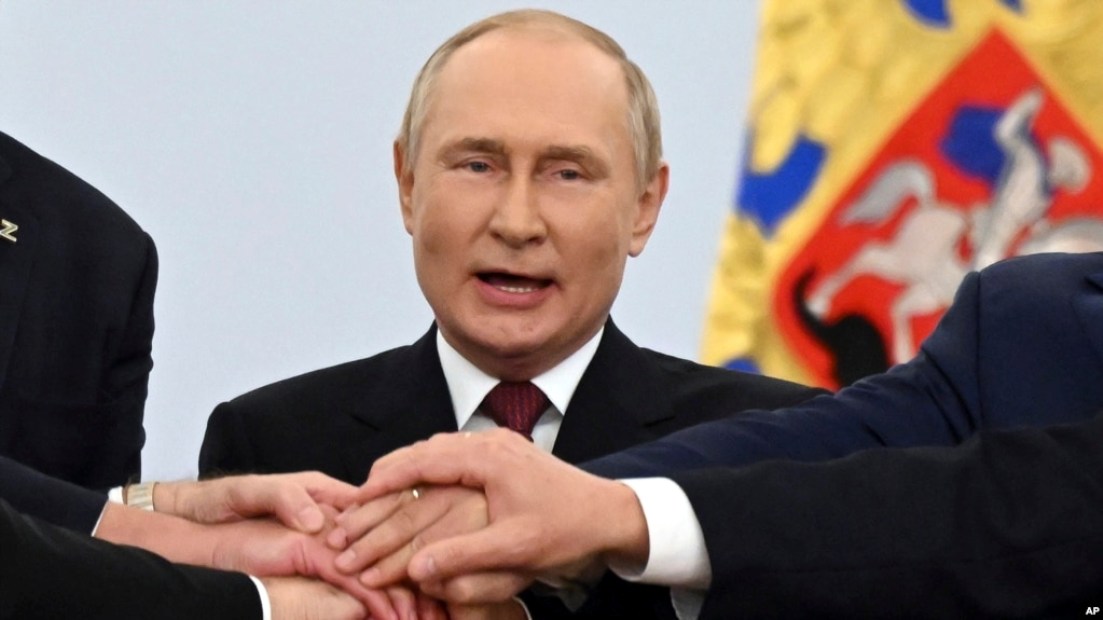 An investigation conducted by the news agency ‘Associated Press’ and the program of the American public broadcaster PBS, ‘Frontline’, has documented a sophisticated smuggling operation, directed by Russia, that through forged invoices and fraud, has enabled the theft of a amount of Ukrainian wheat worth at least 530 million dollars.

The conclusions of the investigation are based on satellite images and data from the ships’ radio equipment. About 40 of them have been traced, on more than 50 trips, transporting wheat from Russian-occupied areas of Ukraine to ports in the Middle East. Moscow has rejected the accusations, calling them false and baseless.

The ongoing grain theft, which legal experts say is a potential war crime, is being carried out by wealthy businessmen and state-owned companies in Russia and Syria, some of whom already face financial sanctions from the United States and the European Union. .

“Taking food from the civilian population in an occupied area and sending it to another country, for whatever reason, is a violation of the Fourth Geneva Convention and the laws of occupation“, says international criminal law lawyer David Crane.

To show how the smuggling operation works, the investigations focused on three ships: “Mikhail Nenashev”, “Fedor” and “Laodicea”.

The ship “Mikhail Nenashev” was bought shortly before the war, by a Russian state contractor operating in the field of defense. Sanctions have been imposed on this company because it provided weapons that were used against Ukraine.

During a typical trip in mid-June, the 170-meter-long Nenashev was seen by satellite loading at the Russian-controlled Avlita grain terminal in Sevastopol, Crimea. The ship’s radio equipment was switched off. The crew opened the signal again two days later while traveling in the Black Sea.

The ship arrived on June 25 in Dortyol, Turkey. Exclusive footage obtained by the AP news agency shows him two days later at a wharf owned by MMK Metalurji, a steel producer. At the dock, cranes can be seen unloading large quantities of grain and then loading them onto trucks.

MMK Metalurji is the Turkish branch of Magnitogorsk Iron & Steel Works, a major Russian steel company controlled by Viktor Rashnikov, a Russian billionaire with close ties to President Putin. Viktor Rashnikov and his company have been sanctioned by the United States, the European Union and Britain, for providing financing and equipment in support of Russia’s war.

In an email to AP, the company says the wheat came from Russia: “The place where the cargo in question was received is Port Kavkaz, based on the customs declaration and the company’s written statement to AP.”

But the ship ‘Nenashev’ is too big for the port in question. Its underwater hull reaches 9.9 meters and could not be docked in the relatively shallow port, which according to the Russian transport regulator, can only handle ships with a draft no higher than 5.3 meters.

A July 11 satellite image shows the Syrian-owned ship ‘Laodicea’ tied up at a pier in the port of Feodosia. The ship’s radio equipment was turned off and it was being filled with a white substance from trucks that were there. Two weeks later, when she arrived in the Lebanese port city of Tripoli, she was said to be transporting grain from a small Russian port on the other side of the Black Sea.

A copy of the invoice of the goods transported, provided by the AP, raises doubts that the port of origin was Kavkazi, which is located in Russia. The invoice said the vessel was loaded with 10,000 tonnes of Russian barley and flour, with the consignor ‘Agro-Fregat’ and the buyer ‘Loyal Agro Co Ltd.’, a wholesale trading company based in Turkey.

“The invoice states where the cargo comes from, what it is and where it is going. In this case, I think the bill was forged, which we have seen Iran and Venezuela do. I think Russia is also doing something like that“, says Marine Risk Analyst Amin Daniel, executive director of the company “Windward”.

A spokesperson for Loyal Agro said the company received 5,000 tons of flour and the rest of the shipment was headed for Tartus in Syria. According to the company’s spokesperson, Muhammed Cuma, “an agreement was reached with Russia regarding the amount of flour, and according to him, if the flour had been stolen, the Lebanese authorities would not have allowed it to be imported.

But the likelihood is that the ‘Laodicea’ did not receive its cargo at Kavkaz, the Russian port listed on the invoice. The ship’s hull, which sinks 8 meters below the surface of the water, is also too large for the port.

Yayla Agro, which produces ready-to-eat foods for Turkish supermarkets, said it bought 8,800 tons of corn transported by the Russian ship Fedor to the Turkish port of Bandirmas on June 17. The shipment cost about $2.7 million.

In a statement to AP, Yayla Agro denied ever buying wheat from the Russian-occupied areas of Ukraine and said the bill of lading as well as other official documents show that the ship was loaded at the port of Kavkaz.

Satellite images from June 12 show that the Russian-owned Fedor was actually loaded in Sevastopol, Crimea. Like other smuggling ships, the ‘Fedor’ is too big to dock in Kavkaz.

“All grain merchants are worried because they may unwittingly support the Russian war by buying and selling wheat. And many of these commodity traders are multinational companies based in the US or Brazil, or public companies. So they have shareholders who may not support this“, says Amin Daniel.

Satellite images and radio equipment data also show large cargo ships anchored off the Russian coast at the port and smaller ships carrying grain from Crimean and Russian ports, hiding the true origin of the cargo. These large ships transport the grain to Egypt, Libya, Iraq and Saudi Arabia. /VOA

Removed him from the bench a few days ago for sexual harassment, the Federation of the well-known National Team denounces the coach to the police October 3, 2022 21:28

Plague; Things to know and do to avoid deaths

They affirm that Marcelo Tinelli returns to TV with a different format: “It’s going to start”