Still too often ignored, but they can be key to a company’s success 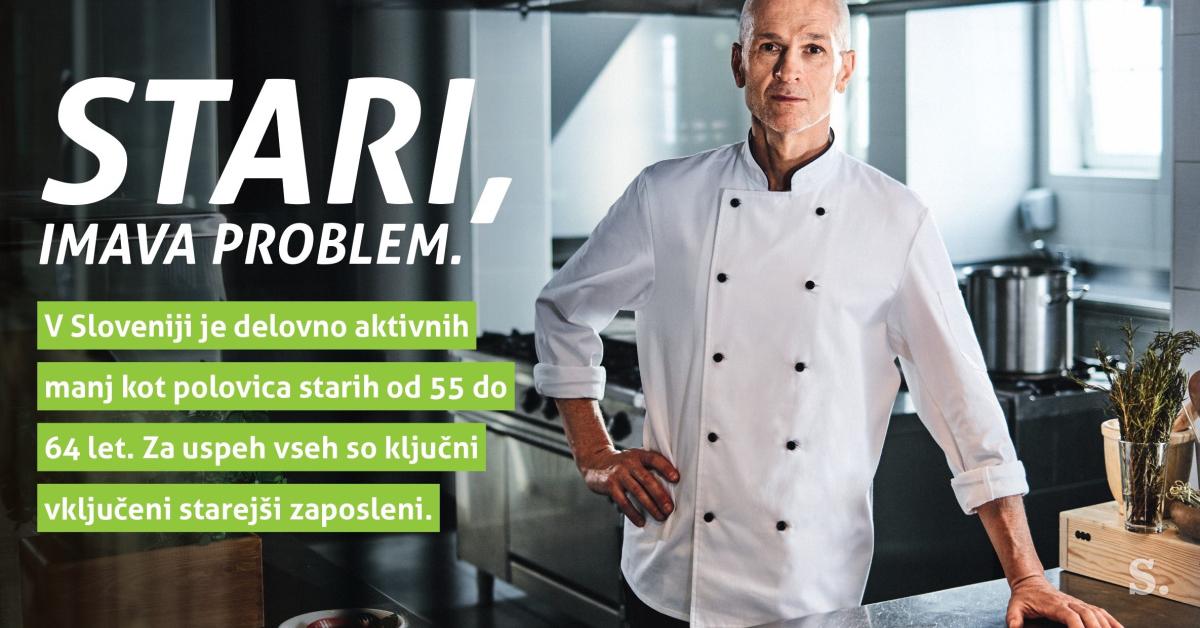 One of the largest European projects in the field of managing older employees is coming to an end. Since 2017, he plowed the fallow in Slovenia and completely changed the view of employers and the general public on how important it is to invest in the skills, competences and health of older employees. These can be the key to the success of Slovenian companies.

Developed countries, including Slovenia, are facing negative demographic influences and the rapidly changing digitalization of society due to declining births, insufficient immigration and the transition of the so-called “baby boom” generation into their sixth and seventh decades. Unfortunately, the consequences of a long-lived society are also manifested in the area of ​​stereotypes and discrimination against the elderly in working environments and in the wider society – for example in workplaces, in employment and also in the decline of the working population. This represents a special challenge for companies and the Slovenian economy, since according to forecasts, the share of the working population, which is now at 60 percent, will fall to 50 percent by the year 2100. In the future, this may have a significant impact on slowing productivity growth and reducing the potential for sustainable economic growth.

ASI project since 2017, in the areas of extending the working life, promoting lifelong learning and training, comprehensively addressed precisely these key challenges of the present and the future of a long-lived society. It has been ever since supported 1,112 Slovenian companies with grants in the amount of 23.5 million euros, which provided 13,000 training sessions for older employees, which confirms that in the past not enough attention was paid to this group of employees, and the Slovenian economy was eager for such incentives. “Older employees were most often trained in computer skills and digitization, workplace health and ergonomics, foreign languages, communication and relationships, and other soft skills,” said one of the colleagues of the ASI project team, who have worked diligently for years to provide the best support to companies.

An important part of the many activities of the ASI project were also innovative pilot projectswhere companies in partnerships sought joint solutions in the introduction of workplaces adapted to older employees, thereby reducing absenteeism due to sick leave.

As part of the project, the companies also strengthened their competitive advantage in the field of managing older employees with the new knowledge and competences acquired through the annual international conferences, ASI info points and free professional of Zavesti ASI workshopswhere 130 messengers and messengers of the development of older employees were created. “Zavzeti ASI workshops deepen knowledge and broaden the spectrum of thinking, and at the same time provide an insight into the functioning of us young people in the future, while at the same time emphasizing that all generations are important for the successful functioning and connection of the company,” said one of the spokespersons for the development of older employees, who successfully leads the personnel department of a large Slovenian company.

In order to give companies the most practical insight into the measures and good practices of international and domestic companies and the strategic management of older employees, the tool was created Catalog of measures for effective management of older employees. With annual additions by recognized Slovenian experts, the catalog has grown into a unique manual with 84 concrete measures and many good practices of Slovenian and foreign companies, divided according to the size of the company, the financial investment required by the individual measure, and the organizational level at which the measure should be implemented. performs. That’s why you can any company or organization finds appropriate measure for myself and her introduced. It is available free of charge on the web portal www.zavzeti.si.

Successful ASI’s national media campaign with a slogan “Dude, we have a problem.” entered our homes through television, print and online advertisements and specifically dealt with discrimination and inequality of older employees in work environments. We also awarded many companies that paid special attention to older employees with “elderly-friendly company” awards, thus spreading the example and inspiration for others.

News in Slovenia: a Hyundai special in the hands of a 20-year-old

They will vaccinate 6th grade students with triple bacteria and HPV

The operation of a dairy factory in Syunik has been suspended