Spring in Kiev: NFT for Ukraine 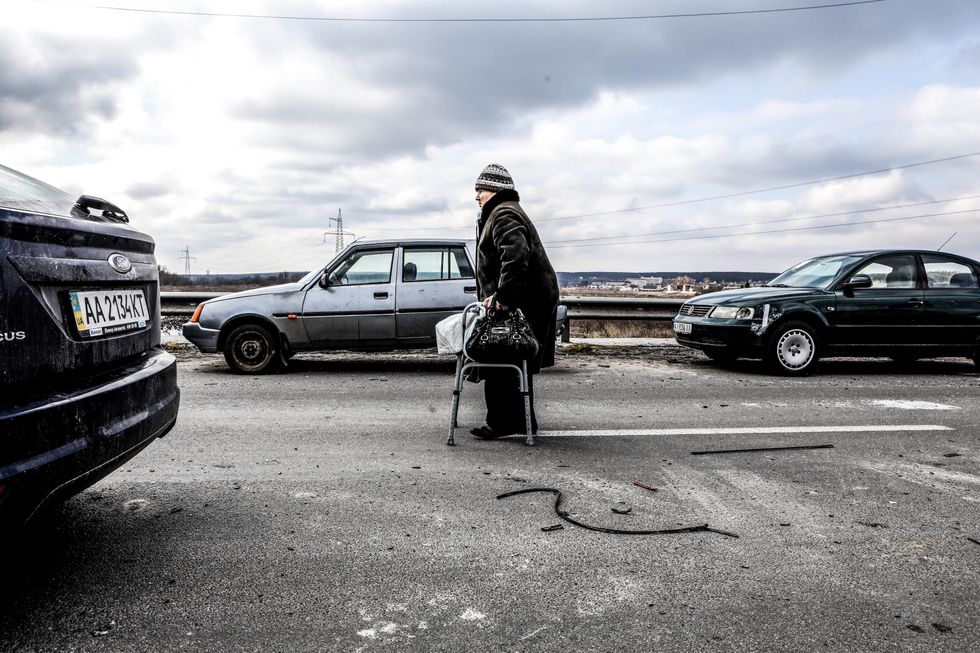 Ninety snapshots to tell the Russian-Ukrainian conflict. In Florence, in the Sale d’Arme of Palazzo Vecchio, it is possible to visit the exhibition for free Spring in Kiev: NFT for Ukraine.

An event born from the Innov Art initiative of Trefoloni Associati, an integrated communication agency active for over 15 years, with the co-promotion of the Municipality of Florence. Behind the lens, Niccolò Celestiphotographer and photojournalist, author of works from India, Africa, South America and Europe published in the most famous Italian and international newspapers and weeklies.

During the month spent in Ukraine, Heavenly immortalized a breathless journey through the difficulties and harshness of war, in search of a glimmer of humanity in the rubble and hostilities around the capital, where the author even risked his life, targeted by a sniper in the suburb of Irpin.

The images on display are divided into five chapters (of about 20 snapshots each) with evocative titles: Escape, War, Soldiers, Bunkers and Portraits. Each photograph tells a different side of the conflict, as told by civilians but also by the military. Real glimpses of life and scenarios through a unique point of view, alternative and close to everyday reality around the battle of Kiev, between March and April 2022.

He told Niccolò Celesti: “At the beginning the intention was not to follow the main facts of the war, but to try to live it in the shoes of the Ukrainians, trying above all to get news from civilians and volunteers, looking for different angles with respect to the titles, the images, to the videos that the bastions of information offer globally ».

Thanks to the collaboration with Innov Art, some photographs have been transformed into NFT – non-fungible tokens – and put up for sale on the e-commerce page Innovart.it. Purchasable with conventional payments (credit card, Paypal, etc) or even with your own crypto wallet, the proceeds from the sale of each NFT will be donated to fundraising Florence to Kiev.

The mayor of Florence intervened on the initiative Dario Nardella and the councilor for welfare Sara Funaro. The mayor said he was “pleased to host an innovative initiative that combines the rawness of the fighting, masterfully documented in the shots of Heavenly, to the new art form of NFTs. This exhibition helps us to keep attention on a war that is no longer on the front page but which is no less bloody and devastating ».

«The solidarity of Florence in favor of Ukraine continues, hit for several months now by a war whose end we do not see. We hope that even with this exhibition it will be possible to raise funds through the initiative we launched with the Italian Red Cross – Committee of Florence to give concrete help to the population “he added. Funaro.

Dante Trefoloni founder and director of Trefoloni Associati e Ginevra Agnitti, coordinator of Innov Art, told about their decision to give life to this important exhibition (the first by the association), stating how “for some time we have wanted to go back to dealing with Art and Culture, to resume a path that we had already traveled in the past . The encounter with the work of Heavenly it happened almost by chance, browsing on social media. It was the spark to start again, inspired by the social commitment transmitted by these shots that tell the horror of war. We have chosen to put into practice the experience developed by the agency on blockchain issues in recent years, using our skills for a project useful for the population affected by the conflict, a choice that seemed obligatory for the first Innov Art exhibition ” .

Police are warning of the appearance of fake e-mails, this time with the signature of the current police chief

With a little care you can get rid of back pain

River goes to the charge for Nahuel Bustos: the key factor for his arrival

“Are you closed now or are you in danger of closing?” What do the hookah club directors say?