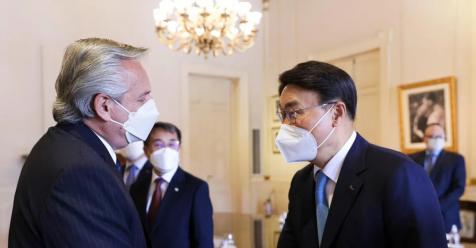 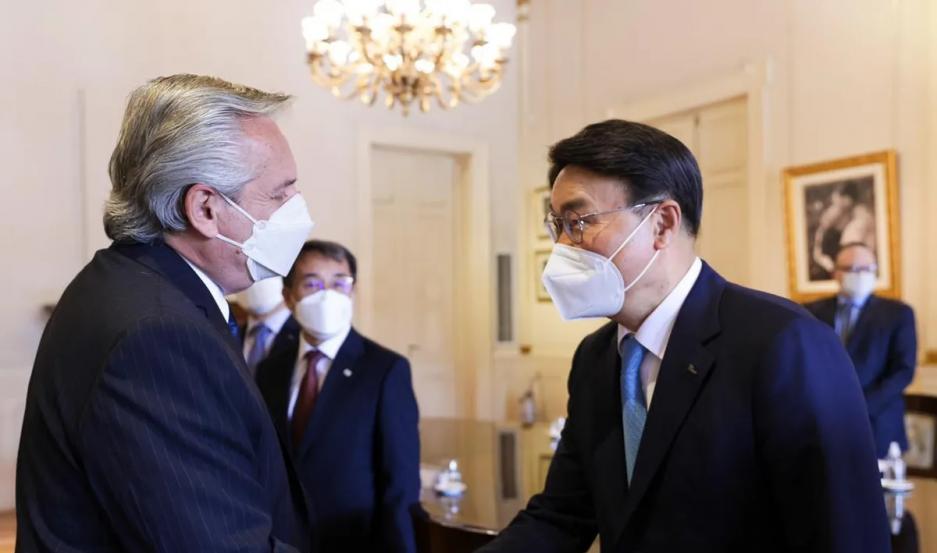 President Alberto Fernandez today received executives from the South Korean company Pohang Iron and Steel Company (Posco), which announced the start of construction of a commercial lithium hydroxide plant in the Salar Hombre Muerto, in jumpwith an investment estimated at 4,000 million dollars, which will imply the creation of 1,900 jobs, both direct and indirect.

“You can count on our support, in the provinces where you are working you have very good governors with a very realistic view of what Argentina needs,” said Fernandez.

Meanwhile, the CEO of Posco, Jeong Woo, stressed: “We are focused on businesses” in the country “that are sustainable in environmental matter“, and specified that “we attach importance to both the environment and social issues, and our regional developments are with the creation of labor.”

Fernández was accompanied by the Minister of Productive Development, Matías Kulfas; the Secretary of Mining, Fernanda Ávila; the Argentine ambassador in South Korea, Alfredo Bascou, and the national senator Guillermo Andrada.

Also participating on behalf of the company were the Executive Vice President, Yoo Byeong-Og; the head of the Argentine headquarters, Kim Kwangbok, and the local vice president, Chung Sung Kook.

During the meeting, those responsible for the firm informed the president that work on the Sal de Oro project will begin this Wednesday and will guarantee a flow of foreign currency from net exports of approximately 260 million dollars per year for the next 30 years. years.

They also explained that this first stage plans an initial production of 25 thousand tons of lithium in the country, for a later stage of 100 thousand tons.

The project, which is located in the northern part of the Hombre Muerto salt flat, in the border area between the provinces of Salta and Catamarca, will contribute to the generation of genuine foreign exchange to finance the needs of the local economy.

They announced the renovation work of the La Banda Bus Terminal

According to the sheep breeding program, it is planned to produce about 3.5 billion drams worth of meat in 2019-2027

Gusi finds a perfect accomplice in “Te robé”, his new song with Nacho

He saw police officers, got nervous and they found 67 marijuana cigarettes