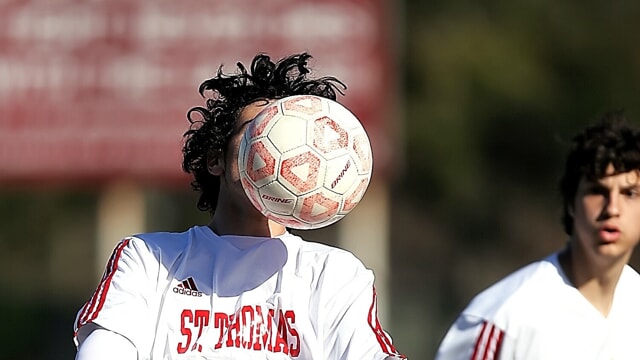 A header can be the key to a footballer’s success. But in the long run, it could also pose a health risk. This is suggested by a study just published in the journal Brain Inlurywho investigated the consequences of game accidents involving the boss and head shots performed in training, analyzing the blood of 89 professional Norwegian Serie A players.

The research is based on the analysis of microRNAs, fragments of genetic material that regulate gene expression, turning on and off the production of proteins within cells according to the needs of the moment. In recent years it has been discovered that these microRNAs can be altered following a mild head injury. Brain damage with usually not serious consequences, but which should not be underestimated, especially in the case of frequent and repeated trauma over time.

Starting from these findings, a team of Slovak and Norwegian researchers decided to investigate the brain consequences of head shots by analyzing the microRNA alterations present in the blood of professional footballers. 89 Norwegian Serie A players agreed to participate in the study, offering a blood sample to the researchers following a game injury to the head, or after a training session in which they had repeatedly headed.

Collected the samples, the researchers analyzed the microRNAs present inside them, identifying, in both circumstances, the presence of precise anomalies. In the case of game trauma affecting the head, alterations have emerged in the levels of eight microRNAs that regulate the expression of genes involved in the regeneration of nerve cells and in the protection of brain tissue following head trauma. In the blood taken after workouts in which the players had repeatedly hit the head, however, alterations emerged in six other different microRNAs, which are believed to be involved in anti-inflammatory and neuroprotective processes activated by our body following brain trauma.

By themselves, the results cannot confirm which and how many players are in danger by making head shots. But these are clues that are added to a growing body of research that highlights the presence of risks related to the excessive stresses to which the brain is exposed in many competitive sports. Suspicions that in recent years they have banned the use of head shots in training for children under the age of 10 in some countries. And that just last July they pushed the Premier League to change its rules, placing a maximum limit of ten headers per day during the training of English players.

“Ours is laboratory research and with a relatively small sample,” admits research coordinator Stian Bahr Sandmo, of the Norwegian School of Sport Sciences’ center for sports injury research in Oslo. “But I think in the future – continues the expert – further expanding the results of our research we could understand more fully the risks associated with repeated impacts to the detriment of the head. And with millions of people playing football all over the world, this is research that could have important consequences in terms of public health ”.

WhatsApp, the trick to record a phone call

Ryanair: expect a price increase of almost 10% for the summer of 2022

Basketball: Nicolas Batum announces that he will not participate in the Euro with the France team

From Huracán’s goal to Barracas Central’s victory: Was the VAR good when it took Marcos Díaz’s hand?

Dr. Joe Joseph will contest as the LDF candidate in Thrikkakara