Sky Chronicles. Belmondo and aviation It was at La Ferté-Alais, south of Paris in Essonne, that the aerial stunts of Gérard Oury’s film were filmed with Jean-Paul Belmondo, "The Ace of Aces". 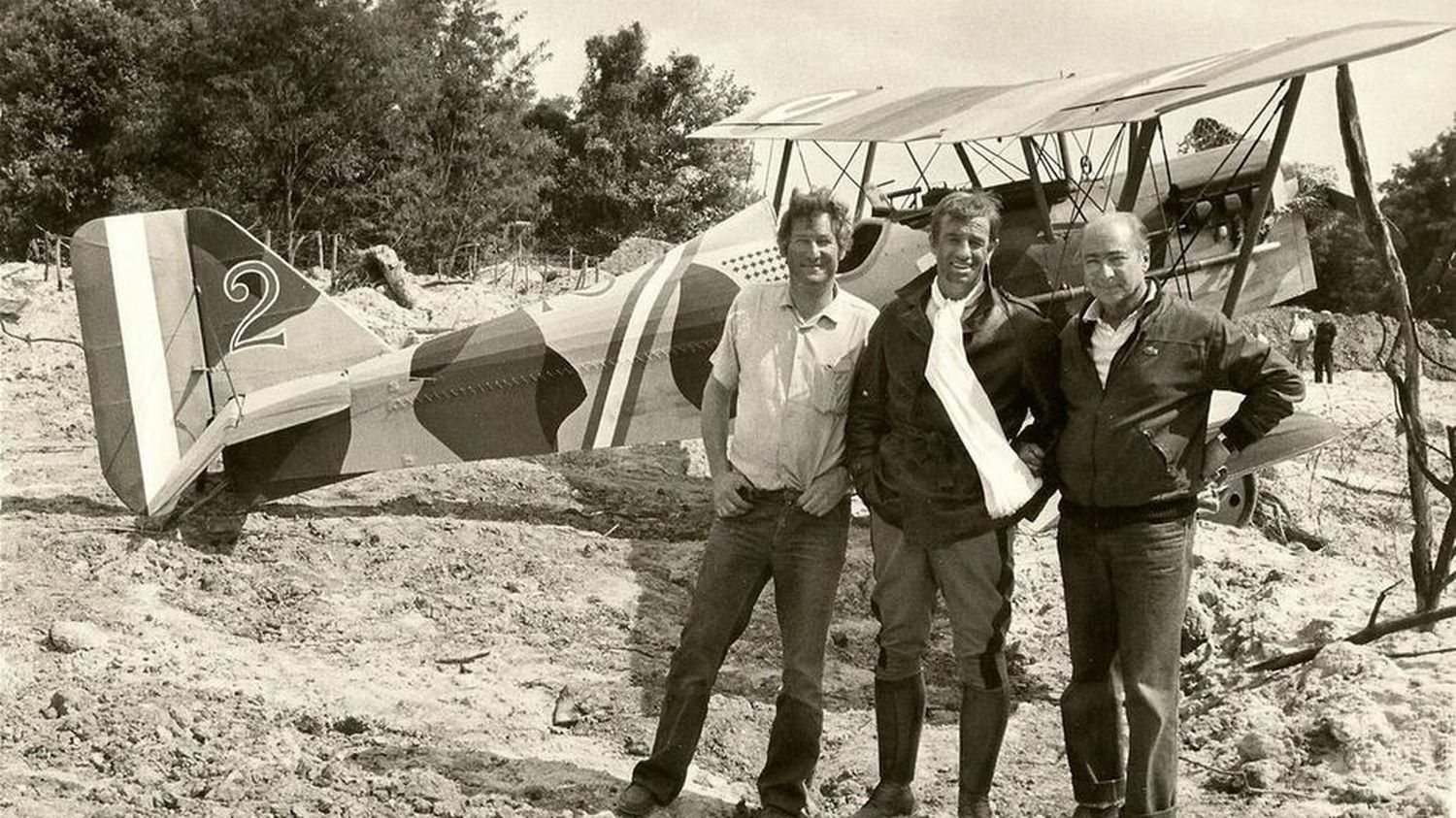 
France paid tribute this week to Jean-Paul Belmondo, who died at the age of 88. Jean-Paul Belmondo, the actor, the boxer, was also very interested in aviation. It was at La Ferté-Alais that many aerial stunts were filmed, in particular for The Ace of Aces.

About fifty kilometers south of Paris, on the Ferté-Alais aerodrome, the memory of Jean-Paul Belmondo is still very present. In 1982, Salis Aviation designed specifically for The Ace of Aces, the SE 5, a two-seater aircraft. In this film by Gérard Oury, Jean-Paul Belmondo plays Jo Cavalier, one of the most heroic pilots of the brand new aviation during the Great War, converted into a boxing trainer. the film will attract more than five million viewers to theaters.

Follower of stunts, Jean-Paul Belmondo will however leave the handle to a professional. In this case Jean Salis, who will shoot around thirty films with Bébel and the stuntman Rémi Julienne.

In 2017, Jean-Paul Belmondo returned to La Ferté-Alais to find Jean Salis and his son Baptiste in particular. A moment of emotion, and a Bébel marveling at the most beautiful planes in this flying museum.

Internal crisis: Kirchnerism anticipates the next move and marks the field for the President

Recovery and rehabilitation work at the UCV progresses by 80%