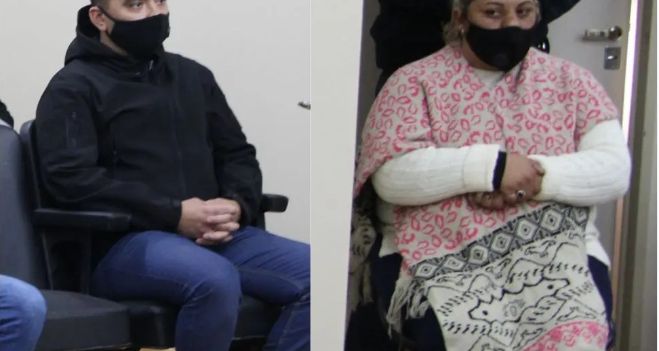 
The coordinating prosecutor of the UFI Special Crimes Adrián Riveros will ask Judge Andrés Abelín Cottonaro tomorrow, Tuesday, to convict Agent Rosana Valeria Limoye (33) and Sergeant Luis Fernando Salinas (42), the two police officers charged in the case for the arrest illegal of a 14-year-old girl in the Capital Skatepark.

The trial reached its final stage. At 8:30 this Tuesday will be the arguments. For prosecutor Riveros (accompanied during the debate by assistant prosecutor Francisco Pizarro) it was proven that Limoye and Salinas committed the crimes of abusive deprivation of liberty and illegal harassment, and therefore he will request that they be found guilty. If that happens, the parties must then return to allege (cesura trial), making the punitive claim. When the time comes, Riveros announced that what he outlined when the case went to trial, at the accusation control hearing, will not change: he will ask that both be sentenced to 3 years of conditional prison (without confinement) and 5 years of disqualification.

On the other side, lawyers Leonardo Villalba (Limoye) and María Filomena Noriega (Salinas) will go tomorrow for the acquittal of their clients.

The case initially had 7 suspects, but throughout the investigation 5 were dismissed (officers Ana Nélida Berenguer and Cristian Darío Ruiz, and agents Miguel Ángel Argüello, Franco Giménez and Erica Fuentes). Two of them testified as witnesses during the debate, but their testimonies were practically inconsequential, judicial sources said.

The incident occurred on June 21. For the Limoye Prosecutor’s Office, he tripped the minor to knock her down. And Salinas put a knee on her back, handcuffed her and later took her to a patrol car to transfer her to the 5th police station, where she remained detained for about 6 hours, until around 9:00 p.m. that day. The minor had injuries to her wrists, hands and mouth.

The blue dollar fell and fell below $200: how much is it trading for

After the inflationary peak in March, the Government affirms that “the worst is over”

“When the cat ran away”, the extraordinary comedy comes to Durrës

Vaccination against covid-19 at fairs