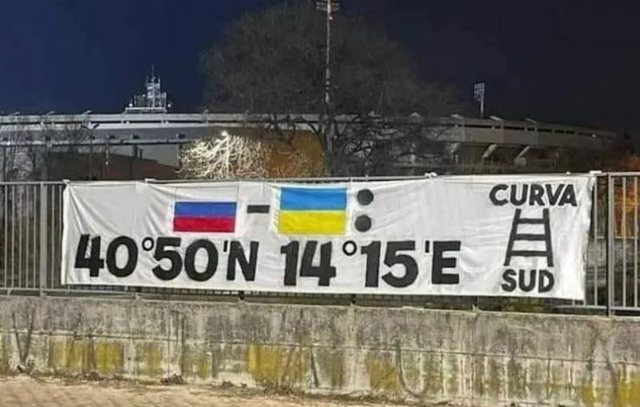 
The match between Verona and Napoli is one of the most intriguing matches of the 29th week of Serie A. For years there has been a strong rivalry between the two fans. They have often and willingly gone beyond sound harassment and there has been no shortage of shameful and territorial discrimination.

A situation that seems to have degenerated judging by the last banner placed in Verona on the eve of the match. The ultars fans of the Venezuelan team, in fact, have displayed a message with the flags of Russia and Ukraine above and the coordinates of Naples below. The meaning may be that of an invitation for the two peoples to bomb Naples.

The images, posted on social media by the Tuttocurve site, immediately went viral and sparked negative comments and reactions. A gesture that will not be liked at all by the Verona club, which has been very active in recent weeks to help the Ukrainian people by organizing initiatives to collect food, necessary products and medicines.

Paralysis: Who is at risk? What are the symptoms

Less meat, less risk of cancer: the guidelines for a healthy diet