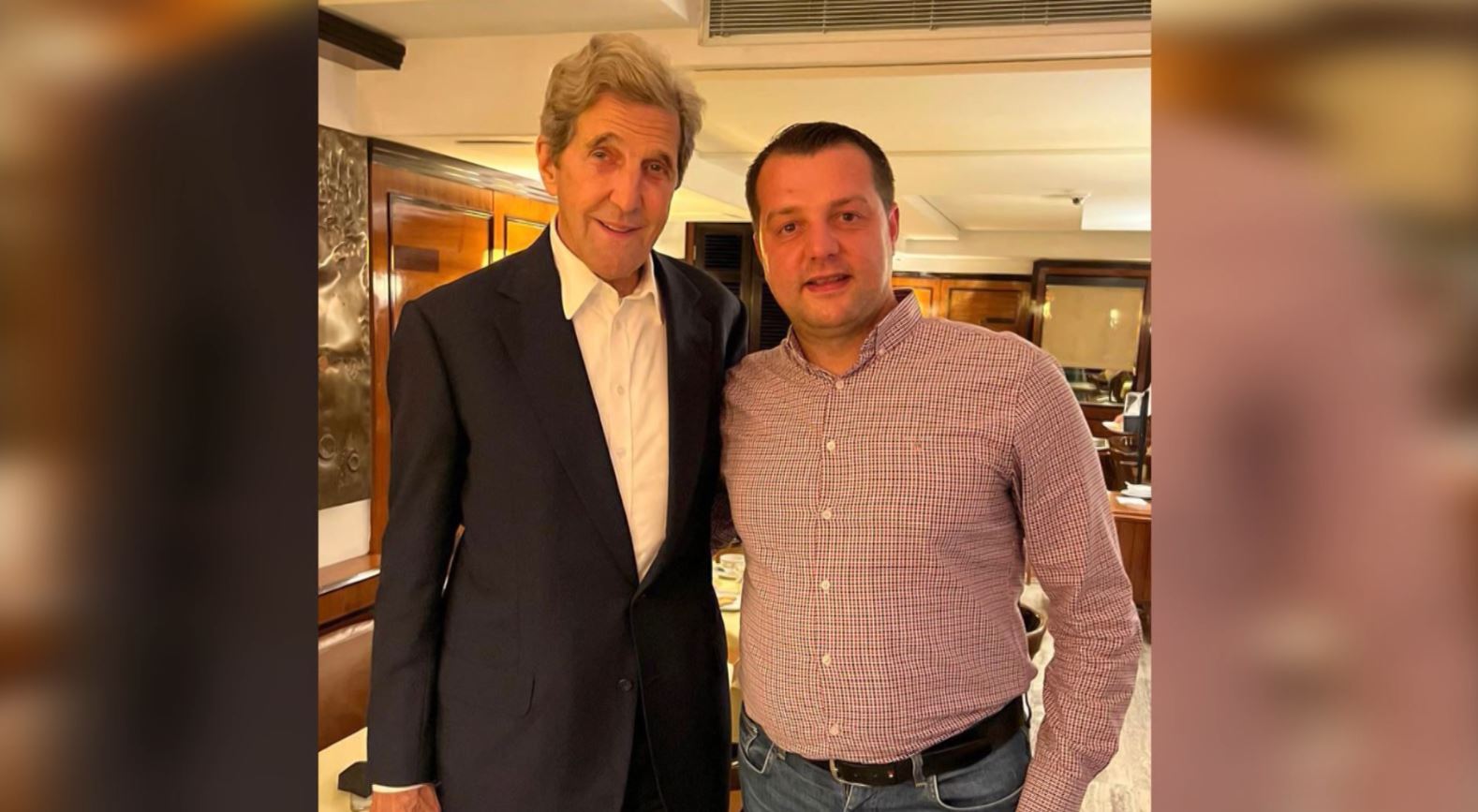 In focus, the integration of Albanians in the USA and developments in the Balkans

The head of one of the largest corporations in Kosovo, Devolli Corporation, Shkëlqim Devolli, during his stay in the United States of America, met the former US Secretary of State, John Kerry, who today holds the position of President Biden’s special emissary for changes climatic.

Kerry spoke with the Kosovar businessman about developments in Kosovo and the region, while Devolli thanked the former Secretary of State for his commitment to Kosovo.

Shkëlqim Devolli also met with the mayor of New York, Erik Adams, to whom he told that the first business of the corporation with the American state was the opening of Prince Coffee House in this city. The Albanian community of New York and their integration in the business world in the USA were among the topics discussed at this meeting.

A few days ago, Shkëlqim Devolli met in the US Senate with one of the popular politicians in the USA, Ted Cruz, as well as the Governor of the state of Texas, Greg Abbott, with whom the topics of economic cooperation between the USA and Kosovo were discussed.

Shkelqim Devolli has located the logistics and distribution center of Devolli Corporation’s business for the US territory in Texas.

Last year, Devolli Corporation had a total capital turnover of about 400 million euros, of which about 200 million were exports to the USA. With over 4,500 employees in several business and production units, this corporation has been announced as the largest employer and the largest taxpayer in Kosovo.

Paul Pogba's brother makes a strong statement: He hung out with criminals! He went to the magician to harm Mbappe September 23, 2022 15:22

HE IS A FRAUDSTER, THERE ARE BACKGROUND BEHIND EVERYTHING Shocking claims about Miljana’s boyfriend, Marija Kulić also mentioned